Could the Global Economy Be Facing a Carbon Bubble?

Three new studies released this month lent weight behind the increasingly popular idea that funneling money into fossil fuels is not only harmful for the environment, it’s also potentially calamitous for the global financial system.

Reports by the U.K. government’s Environmental Audit Committee, the European Union Parliament Greens-European Free Alliance Group and Canberra-based think-tank The Australia Institute all touched on what’s known as the “carbon bubble.” The carbon bubble describes the overvaluation of fossil fuel assets that will have to be left unburned in order to limit Earth’s surface temperatures to 2°C above the preindustrial level. To meet this 2 C (3.6 F) goal—a target agreed by governments in lieu of a more concrete plan to avoid dangerous climate change back in 2010—the majority of the current estimated reserves of oil, gas and coal will have to be left untouched to avoid harmful climate change. But instead of taking these climate policies and risks into account, growing numbers of climate campaigners, policy-makers and financial experts say that stock markets have instead inaccurately valued companies with large holdings of fossil fuels by assuming their assets will all be usable, when in fact they could be left stranded and devalued.

“Financial stability could be threatened if shares in fossil fuel companies turn out to be overvalued because the bulk of their oil, coal and gas reserves cannot be burnt without further destabilizing the climate,” warned the U.K.’s EAC chair Joan Walley. The European study looked at the estimated risk for E.U. financial institutions face with a carbon bubble, finding that the exposure amounted to over $1.38 trillion. It concludes that “a carbon bubble shock would cause significant losses for E.U. financial institutions,” adding that “the losses for all E.U. banks, insurance companies and pension funds combined would be €350-400 billion ($485 billion to $554 billion).” The Australian Institute’s report targets investors, particularly decision ]makers at religious funds, universities, public authorities and private foundations because of the supposed additional ethical or responsible investment obligations they may face.

The arguments put forward by these groups, especially in reframing the climate change debate in terms of financial risks, has been gaining ground for some time. Already institutions have taken notice, with the head of the OECD, Angel Gurría, stating that “the looming choice may be either stranding those assets or stranding the planet.” More promisingly still, Norway announced in February that it would set up an expert group to debate ending fossil fuel investments into its $840 billion sovereign wealth fund (gleaned from Norway’s surplus oil wealth).Norway has already sold out of 27 coal and gold mine over environmental concerns. If Norway does decide to move out of other fossil fuels, it would throw huge weight behind the growing fossil fuel divestment movement.

Yet not everyone is convinced, including those that share environmental concerns. The basic premise of the carbon bubble, that governments ensure that we stay within 2 C (3.6 F) temperature rise, would in turn mean drastically cutting down on our carbon consumption. Economist Richard Tol points to the patchy and failing regulatory policies from the U.S. to the E.U. and China as evidence that the regulation has not gone far enough to make this a reality. Craig Mackenzie, head of sustainability at U.K.-based Scottish Widows Investment Partnership told the Guardian that the idea that fossil fuels pose a huge threat to the global economy is false. Mackenzie says that investors are already aware of the risks to share prices and will react accordingly if climate policies are more aggressively enforced. But, says Mackenzie, the most problematic aspect of the carbon bubble argument is the way it uses scaremongering tactics. “Suggesting that action on climate change might cause economic melt down sounds to me like the kind of thing you might hear from the Tea Party Republicans not from the European green movement.”

The more likely scenario, and one that is already playing out as a result of severe and unusual weather events around the world, is that climate change will strand assets in different sectors of the economy—making it a concern for far more than just fossil fuel companies. Ultimately one thing investors and climate campaigners will agree on is the need for clearer climate policies from governments to deal with and mitigate these changes, rather than uncertainty that fuels speculation and inaction. 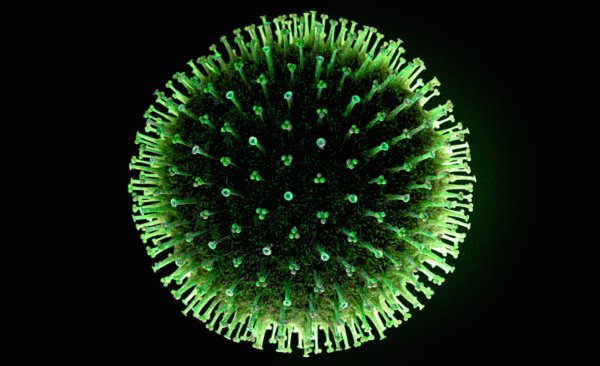 Giant Virus Found in Permafrost
Next Up: Editor's Pick