Ukraine Will Compete in Sochi Paralymics

Ukraine has decided it will participate in the Winter Paralympics in Sochi even as Russian troops have taken over the Crimea region of Ukraine.

The Ukrainian Paralympic Committee announced its decision just hours before the opening ceremonies of the games Friday, the Associated Press reports. It consulted with the athletes before opting not to boycott the competition amid a tense geopolitical standoff with Russia.

“I don’t remember a situation when the organizing country during a Paralympics started an intervention on the territory of a country taking part. I don’t know what to extent the team can focus on the result now,” the the AP quoted Valeriy Sushkevich, president of the National Paralympic Committee of Ukraine, saying to the R-Sport agency.

Sushkevich added that he met with Russian President Vladimir Putin on Thursday to ask for peace during the games. Putin reportedly listened to his case, though he did not guarantee a truce. Sushkevich said Ukraine’s team will leave if the military conflict escalates further.

The International Paralympic Committee has asked Russia to recognize the U.N.’s Olympic Truce, which appeals for ceasefire during the Olympic games. The Ukrainian athletes chanted “peace to Ukraine” during the flag-raising ceremony in Sochi on Thursday night. The incident is now being investigated as a possible breach of Olympic rules that ban political protest. 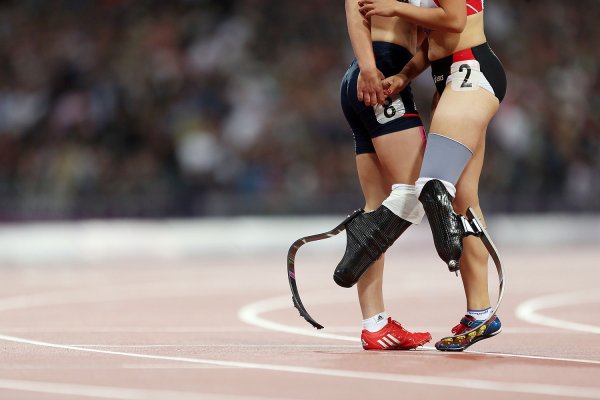 U.K. Ministers to Boycott Paralympics in Sochi
Next Up: Editor's Pick