Oscar Pistorius’ ex-girlfriend said Friday that the Olympian double-amputee known as “Blade Runner” had a temper and was known to fire his gun when angry.

Samantha Taylor testified at Pistorius’ murder trial in South Africa that he was quick to get angry, would frequently scream at her and her family members, and cheated on her multiple times, including with Reeva Steenkamp, the woman he’s accused of murdering. She also said he never went anywhere without his pistol, and recalled at least two occasions when he had drawn or fired his gun out of anger, the Los Angeles Times reports.

Taylor said Pistorius had once fired his pistol out of an open sunroof because he was angry that a policeman had stopped the car and touched the gun. Taylor also described another incident when Pistorius had pulled a gun on a car that was following theirs.

Pistorius killed his girlfriend, Steenkamp, very early on Valentine’s Day morning last year. His defense team says the Olympian athlete shot into the bathroom thinking he was shooting an intruder and protecting Steenkamp. The prosecution says Pistorius shot Steenkamp during an argument that was heard by multiple neighbors.

Taylor said that Pistorius did occasionally wake up and think there were intruders in the house, but she said he always woke her up when that happened. 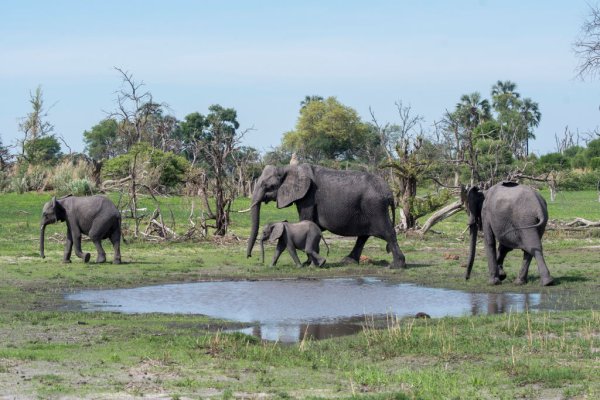