When the Academy bumped five-year-old Miles Scott, aka “Batkid,” from his appearance at the Oscars last week, his family was understandably disappointed.

Miles, who has leukemia, made headlines across the U.S. in November when the Make-A-Wish Foundation and hordes of volunteers transformed San Francisco into Gotham City for a day—complete with bad guys who needed to be conquered—so he could have the chance to be a superhero. Little Miles became an insta-celebrity so it seemed a natural fit to have him appear along with The Amazing Spider-Man star Andrew Garfield at the Oscars, which this year had a “Heroes” theme. One problem: the segment never aired.

When news of the axed segment leaked, people were angry. And when gossip columns reported that the appearance was cut because Garfield stormed out of rehearsals after disapproving of the segment’s script, people were even angrier. But Variety reports that the decision had nothing to do with the actor at all. The Academy of Motion Picture Arts & Sciences released a statement on Thursday that explained, “Due to the nature of a live show, hard decisions sometimes must be made which require the Academy to cut segments due to the logistics of production.”

Further clarifying the situation, Garfield’s publicist released a statement to Vanity Fair that said when the Academy cancelled the segment, “Andrew and Miles were equally upset.” Yet there is a happy ending as the statement revealed that “the producers arranged for Miles and his family to visit Disneyland [the next day] and Andrew drove down to visit them and to bring Miles a personal gift.”

So instead of appearing in front of millions of strangers, Batkid got to spend the day with Spider-Man at Disneyland, which sounds like a far better deal anyway. Even cuter, however, is that Garfield and Miles actually held their own mini-Oscars ceremony in a hotel room, tuxes and all. 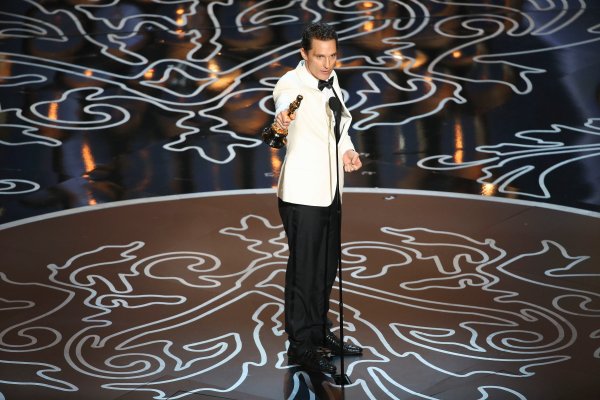