We Still Don't Know If Dorian Nakamoto Is Satoshi Nakamoto

Is Dorian Prentice Satoshi Nakamoto of Temple City, Calif. the brilliant, elusive Satoshi Nakamoto, creator of Bitcoin? In the cover story for the first issue of the revived print Newsweek, Leah Goodman McGrath says that he is. If so, it’s an enormous scoop.

But from the moment the piece went up, it created controversy — first among online folk who thought that it was a violation of Nakamoto’s privacy. And then among those who said that McGrath Goodman had collared the wrong guy — including both Dorian Nakamoto himself, who told the AP’s Ryan Nakashima that he isn’t the inventor of Bitcoin, and someone who may be the real Bitcoin Satoshi.

McGrath Goodman did come up with scads of circumstantial evidence that Dorian Nakamoto might be Bitcoin’s Satoshi Nakamoto, from his birth name (Satoshi Nakamoto) to his age, background and interests. She also interviewed relatives of Dorian who didn’t exactly shoot the possibility down. But the only point at the story in which she comes close to locking down her case is in this quote:

Now Dorian Nakamoto is saying that he was referring to his government work, not Bitcoin.

The best piece I’ve seen on this bizarre situation is by Reuters’ Felix Salmon, who analyzes all the evidence and concludes that it’s impossible to come to a conclusion:

Newsweek says that it’s standing by its story, which is still on the Newsweek site without further commentary. As usual with huge scoops that come under fire — remember CBS’s bombshell about George W. Bush’s service in the National Guard? — the fact that it’s expressing confidence doesn’t automatically inspire confidence. Rather than behaving as if it’s self-evident that the piece is airtight, Newsweek needs to address some of the holes that are getting poked in McGrath Goodman’s thesis, including evidence that Nakamoto of Temple City isn’t anywhere near as proficient in English as the Bitcoin Nakamoto.

And here’s a weird side note: It was only a few months ago that a lot of people found a blogger’s argument that Satoshi Nakamoto was a guy named Nick Szabo to be pretty compelling. Among the news outlets that reported on that story was the UK edition of the International Business Times, Newsweek’s current owner — and its story simply declared in the headline that Szabo was Nakamoto. It wasn’t clear then that anyone had proved anything, and I’m startled by the number of sites that accepted McGrath Goodman’s theory as fact. For that’s all it is at this point: a theory.

(Obligatory but superfluous disclaimer: TIME and Newsweek have been competitors for an awfully long time.) 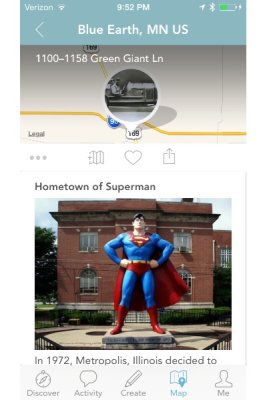 Findery's iPhone App Lets You Turn Notes on Maps into Stories
Next Up: Editor's Pick