The so-called millennial generation is one of the most independently minded in recent U.S. history, according to a new study.

Millennials, those born after 1980 and who represent the most racially diverse generation in America, are more detached than previous generations to institutions of religion, politics and marriage, but more digitally networked, according to the Pew Research Center survey released Friday. And while many millennials voted for President Barack Obama and are politically left-leaning, relatively few are attached to the Democratic Party. Millennials recorded one of the highest levels of institutional disaffiliation for any generation in the two-plus decades Pew has been polling on the issue.

Millennials, who make up 27 percent of the adult population in the U.S., are more likely than previous generations to say there isn’t a great deal of difference between the Republican and Democratic parties. Over half of them choose not to identify with either political party. Yet millennials continue to view the Democrats more favorably than the Republicans, standing out as the only generation in which conservatives do not significantly outnumber liberals, according to Pew. 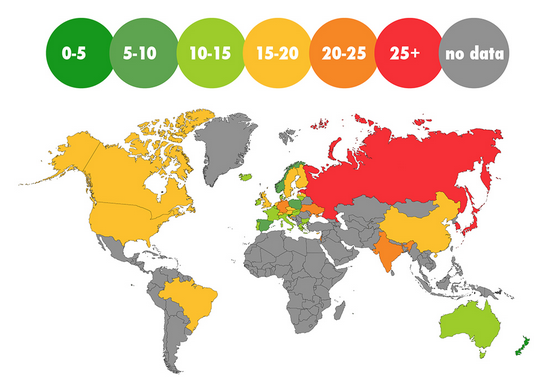 This Map Shows Just How Big The Wage Gap Between Men and Women Is
Next Up: Editor's Pick