Eating hot chicken in Nashville isn’t just food to fill the belly. It’s entertainment. An event. An ordeal. It overtakes the senses like a Hank song – all tears, fire and passion. And that might be part of why it has a home in Music City – and until recently, almost no place else.

Let Buffalo have its vinegary wing and Philadelphia its greasy cheesesteak. In Nashville, no dish better embodies the city’s mix of high and low culture, the global reach of its booming economy and the down home nooks where the people behind it gather, than searingly-hot, flame-colored fried chicken.

“When people come to visit, that’s what you do. I take them straight to Prince’s or Hattie B’s or Bolton’s” says James Beard award-winning chef Sean Brock, who opened the second outpost of his lauded Husk Restaurant in Nashville last year. He serves fried chicken with a nod to the hot variety. “That dish says you’re in Nashville, that’s how we do things here. And when the city owns something like that there’s a sense of pride that comes with it.”

In its most traditional form, hot chicken is fried in an iron skillet and caked in a cayenne paste until reddish-rust in color, resembling nothing so much as a rock from the surface of Hell. It arrives glowing atop white bread turned orange from those spicy drippings, with pickle rounds on the side.

Everyone has their own method for tackling the bird, though the processes tend to follow a similar ritual. Bite of chicken followed by one of pickle, for example, then tear of bread and spoonful of cooling slaw. Repeat. As the heat ramps up, the speed of eating tends to follow because if you keep pressing onward (or so you tell yourself), you’ll push through. You’ll beat the heat. But you won’t. Beads of sweat might form, a tear could roll. What you will find in reward for feeding the addiction, though, is a high. It takes the eater to another dimension, if only for a moment, like an extra cup of coffee without the caffeine jitters or a runner’s high achieved without the run.

That regular fried chicken has long been a communal tradition in Nashville. Musicians from the Grand Ole Opry used to recall the smell of fried chicken while performing on the Opry stage at the Ryman Auditorium, the mother church of country music, back when guests could bring their own suppers to seats in the pews. Country star Minnie Pearl and gospel legend Mahalia Jackson each had their own fried chicken restaurants.

The spicy variant traces its roots the 1930s when, according to legend, a girlfriend of Thornton Prince dumped a hefty dose of extra spice on fried chicken she had made for her cheating lover. It was meant as revenge. But Prince loved it so much that he honed the recipe and eventually opened a restaurant that became a gathering place for the African American community. When the white musicians from the Opry heard about the distinctively addictive chicken, they made their way to Prince’s, too. In the early days, recalls current proprietor Andre Prince Jeffries, Thornton Prince’s great niece, white visitors came through the back door and sat in the kitchen. Eventually everyone ate together in the dining room, establishing hot chicken restaurants as places where what you did and where you came from were trumped by the pursuit of that poultry-induced high.

It’s a tradition that has persisted as hot chicken restaurants spread throughout the city, each offering their own twist on Prince’s classic. As Nashville’s ambitious new restaurants lure food pilgrims from across the country, creative riffs on the dish have emerged as a way for chefs to flex their chops while acknowledging local pride. A Japanese pop-up shop called Otaku South offers buns and ramen made with hot chicken, while the tasting menu at the Catbird Seat includes a dish made up of a thin piece of spicy chicken skin topped with tuft of whipped Wonder Bread puree and flecks of dill pickle salt.

Former mayor Bill Purcell, a hot chicken lover who used to hold political meetings at Prince’s, started the annual Music City Hot Chicken Festival eight years ago as a way to promote the local delicacy. The music business, long an engine of Nashville’s economy, has deep ties to the dish. Country stars Lorrie Morgan and Sammy Kershaw tried their hand at the restaurant business with a hot chicken joint. And one of the newer and more popular spots, Hattie B’s Hot Chicken, opened in August 2012 after owner Nick Bishop Jr. left his job in the music business at Oh Boy Records.

Bishop first went to work with his father at Bishop’s Meat and Three Restaurant, a plate lunch diner representing another of Nashville’s culinary traditions. Since the pair served fried chicken anyway, they began experimenting with the hot variety, which Bishop grew up eating.

“We put it on menu just to see,” he says. “Over about a four-to-six-month period, it became 30 percent of entrée sales.”

Figuring they were onto something, Bishop opened his first joint with scratch-made sides and locally-brewed beer. He’ll open his second location this spring, and he said he takes inquiries about franchising weekly.

Those inquiries aren’t surprising. As trend seekers from Los Angeles to London turn their attention to Nashville, hot chicken is poised to become more than a local delicacy. It’s been celebrated in song (by the indie rockers Yo La Tengo), turned into material by comedians (Jerry Seinfeld surprised the staff at Prince’s after a local gig and Marc Maron has built it into his routine) and praised by four-star chefs (Thomas Keller is a Prince’s fan).

Diners can now find “Nashville-style hot chicken” from Brooklyn to Ann Arbor, Mich. Even the family that started it all knows is betting that the rest of the nation has an appetite for their hot town’s hottest dish. Prince and her family are scouting locations in Los Angeles.

Nashville, it turns out, has been exporting even more than its music. 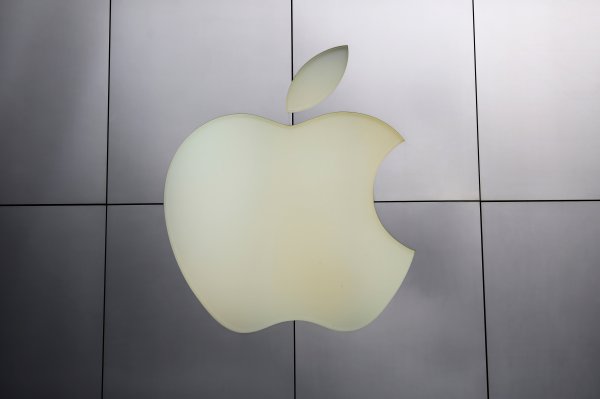 Don't Put People Before Profits
Next Up: Editor's Pick