Jewish Israelis are compelled to make themselves available to Israel’s military, but the obligation has never been applied to the 20 percent of Israeli citizens who identify as Palestinian, and are sometimes called Israeli Arabs. As descendants of the people that Jewish armies fought and defeated to create the state of Israel in 1948–but, who, unlike the 700,000 who fled or were forced out of their homes, were permitted to stay—young Palestinians living Israel were never expected to carry arms to defend it.

Yet a few do. Last year 100 Arab Israelis joined the Israel Defense Forces, double the number of each of the preceding three years. All were Christians, “a minority within a minority,” notes Gabriel Naddaf, the Greek Orthodox priest who is promoting enlistment, and with it a controversial separate identity for the 160,000 Orthodox and Catholics among the 1.7 million Israeli citizens who regard themselves as Palestinian.

Many Israelis, led by Prime Minister Benjamin Netanyahu, welcome the move, proudly displaying Arab Christian recruits as an indicator of the country’s commitment to a certain sort of pluralism, even as it presses negotiators for the Palestinians who live beyond Israel’s immediate borders to recognize Israel as “a Jewish state.”

Palestinian leaders regard IDF recruitment–as well as a Knesset vote last month designating a seat for Christians on an employment commission—as a cynical, divide-and-rule tactic intended to splinter the solidarity of a national liberation movement conceived, in the 1960s, around a newly emerged Palestinian identity. “It’s an expression of the way the Israeli system thinks and works,” says Hanan Ashrawi, a senior PLO official: “Dividing people, defining them by religion, trying to discriminate.”

Father Naddaf says that’s fine by him. In Israel, he says, military service is a key to success in life and Christians want to do better. “Enough of the lies regarding Christian identity and the nationality of the Christians in Israel,” Naddaf tells TIME. “We want to integrate into Israeli society. We want to contribute to the society we live in. And we want to represent ourselves. No one else will.”

The priest said Christians have learned from the examples of other non-Jews who advanced in Israeli society by serving in the military: the Druze and Bedouin, Arabic-speaking residents of Israel who have never identified as Palestinian. In 2012, along with two other Orthodox priests, Naddaf established the “Israeli-Christian Recruitment Forum” to encourage army enlistment. The forum has its own flag—a sword in the shape of a cross behind the Israel’s own Star of David standard—but the two other priests are gone. “Unfortunately they withdrew because of the threats,” says Naddaf, who has received so many threats to his own life that Israel’s internal security service rates him at level four on a scale of one to six, he says.

Which bring us to another driver of the nascent movement: The dire situation facing Christian populations from Iraq to Egypt to Syria. “We are caught between the hammer and anvil,” says Ezak Hallak, a Nazareth lawyer for the Forum, quoting a Hebrew expression. “In our hearts, we support Israel, the Jews. I think the Christians in the Middle East are getting slaughtered because we are not speaking what is in our hearts. Stand up for yourself. There is no other way to face the craziness of the radical Arabs. No other way in the world.”

How controversial is an Arab joining the IDF? After enlisting, Naddaf’s son, Jabron, was attacked on the street by a man shouting “traitor”—a word even his friends would have used just two years ago, Jabron Naddaf says, “but it’s not the case any more.” And indeed, the idea of serving in the IDF brought no strong reactions from a half dozen people—all Muslims—interviewed on the street in downtown Nazareth, the town where, according to lore, Christ came of age.

“Whoever wants to go in the army, he can go,” says Fareed Irshid, 49, a driver at Mary’s Well Taxi stand, adjacent to the site where tradition says the Angel Gabriel appeared to the Virgin. “I can’t come out against the laws of the state if I want to live here.”

“Even I said to my son: ‘If you want to you can go to the army,” says Issam Munasra, 51. “For the person, it gives you a lot if you go into the army. It builds you. And also you don’t feel you owe the state. You’ve given to them.

“You have to do something for the country,” Munasra says.”I’m a taxi driver for 30 years. Let’s say my son serves in the army, he can do better.”

The lone dissent was heard from Amir Sharif, 18, in the passenger seat of a sleek black sedan driven by his cousin. “It’s not our state,” he says. “We don’t get the rights that Jews are getting. If we were, then we should consider it.”

And yet, a few months ago, he considered it himself. “I thought about it a little bit,” Sharif says, and adds: “But you know, if you’re an Arab in the army, they send you to the frontline first.” He smiles. A little joke. “I don’t hate Israel,” he says. 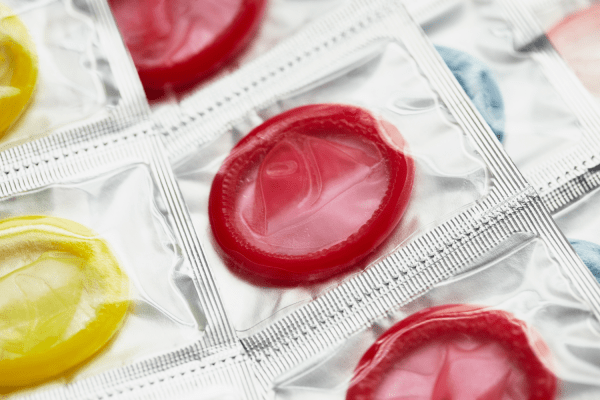