These Are The Most Godless Cities In America

America, you may have a new Sodom and Gomorrah.

The two least “Bible-minded” cities in the United States are the adjacent metros of Providence, R.I., and New Bedford, Mass., according to a study out Wednesday from the American Bible Society.

The study defines “Bible-mindedness” as a combination of how often respondents read the Bible and how accurate they think the Bible is. “Respondents who report reading the bible within the past seven days and who agree strongly in the accuracy of the Bible are classified as ‘Bible Minded,’” says the study’s methodology.

Christian missionaries can apparently steer clear of Tennessee, as the report suggests the state is the most devout in the union. Chattanooga was found to be the most Bible-minded city in America, a title it won from last year’s victor, Knoxville.

Overall, the study found an inverse relationship between population density and “Bible friendliness.”

“Not surprisingly, many cities in the East Coast continued to rank as the least Bible-minded in 2013,” says a press release.

Surprisingly, that den of sin called New York City didn’t make the top ten least Bible-minded cities, coming in at 89th in the list of 100. Suspecting New York’s large Jewish population may have rescued it from the bottom ten, TIME inquired as to whether the Torah counted as the Bible for the purposes of the survey. A spokesperson said questioners left it up to respondents to determine what they considered to be the sacred text, but the question asked was, “How many times do you read the bible outside of church or a synagogue?”

“We want people to know that whether you live in the least or most Bible-minded cities, the Bible can speak to your needs, challenges and concerns and help you make sense of your life,” said American Bible Society communications officer Geoffrey Morin. 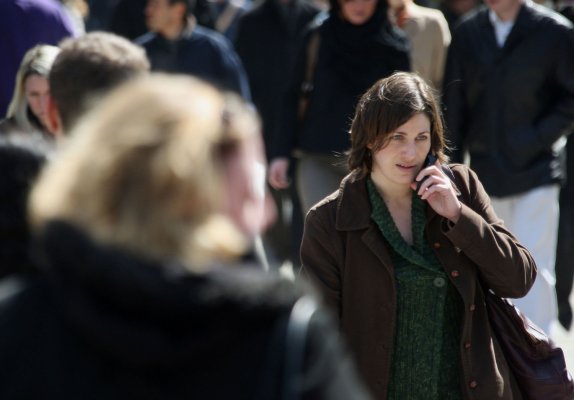 Your Texting Addiction is Starting to Cost the Government
Next Up: Editor's Pick