Why China's Doctors Are Getting Beat Up

Hospital staffers hold a protest outside the Wenling City No. 1 People’s Hospital with signs that said "Return my dignity" and “maintain normal medical order” in eastern China's Zhejiang province in Oct. 2013. The demonstration came after a patient stabbed three of their doctors, killing one
AP
By Emily Rauhala

The young doctor weeps as he is pulled before the crowd. The night before, he treated a patient for excessive alcohol consumption. That patient later died. And now he is being accosted by a mob that includes members of the deceased’s family. “That’s the doctor who killed the patient,” someone yells. It takes 30 minutes for the police to break things up, according to a press report in the local Guangzhou Daily. The doctor lives.

A week before, in the city of Nanjing, Jiangsu province, a married pair of government officials were filmed beating a nurse with an umbrella until she lay motionless on the hospital floor. They were reportedly furious that their daughter, a patient, was being forced to share a room with a male. The nurse survived, but may be paralyzed. The umbrella-wielding Mrs. was detained.

Variations on these scenes play out with alarming regularity in China. As the country’s patchwork healthcare system expands to meet the needs of an increasingly affluent, demanding populace, tensions between patients and doctors are running high. From 2002 to 2012, attacks jumped an average of almost 23% per year, according the China Hospital Management Society. A survey by the China Hospital Association found that the average number of assaults per hospital, per year, rose from 20.6 in 2008 to 27.3 in 2012.

The causes are complex. China now provides some form of insurance to almost all of its citizens—no small feat. But the scope of the coverage is limited, the quality is spotty and the costs are still high. For many families, an emergency medical procedure means going into debt. And there is a widespread perception that to get top quality care you need to give doctors hong bao — red envelopes stuffed with cash. (In some but certainly not all cases, this is true.)

Doctors counter that they are overworked and underpaid. The number of properly trained doctors and nurses has not kept pace with demand for care, leaving hospitals thinly staffed, particularly in rural areas. And, unlike their U.S. counterparts, most Chinese doctors are considered civil servants, and are paid accordingly. Some earn less than $500 a month, a token compared to private sector salaries, which are on the rise.

In most major hospitals, pay depends on meeting patient quotas, ordering tests and prescribing medicine. The incentive is to focus on quantity, not necessarily the quality of care, argued Dr. Zhong Nanshan, a respected Chinese physician, in a March 5 speech to the National People’s Congress. “Think about this: In half a day a single doctor must see fifty or sixty patients,” he said. “What does this say about patient access to a doctor and the doctor’s ‘space’ to practice good medicine?”

When things go wrong — or when patients think they do — doctors have little protection. Quite often, a disgruntled patient and a terrified doctor will negotiate a settlement on the spot. If the doctor refuses to pay up, or is absent when the family comes looking, the situation may escalate. Last October, a patient angry about the outcome of nasal surgery stormed into the No. 1 People’s Hospital in Wenling, not far from Shanghai, with a 30-cm blade. When he could not find his doctor, he charged at another doctor, stabbing to death Dr. Wang Yunjie, 46, and wounding two others.

Morale could hardly be lower. “I regret very much having chosen to study medicine,” wrote a Chinese medical student in the English medical journal the Lancet, in 2012. The proportion of doctors who hoped their children would enter the profession dropped from a disheartening 11% in 2002 to a dismal 7% in 2011, according to statistics from the Chinese Medical Doctors’ Association. When the story of the young doctor from Guangdong province broke, one netizen had this to say: “If my child dare choose medicine as his or her major, I would break their legs.”

At annual meetings in Beijing this week, delegate Bai Yansong, a famous anchorman, suggested China establish Doctor’s Day to increase the public’s respect for the profession. It is not a bad idea, and was no doubt well-intentioned. But keeping China’s doctors safe requires much stronger medicine.

—With reporting from Gu Yongqiang in Beijing 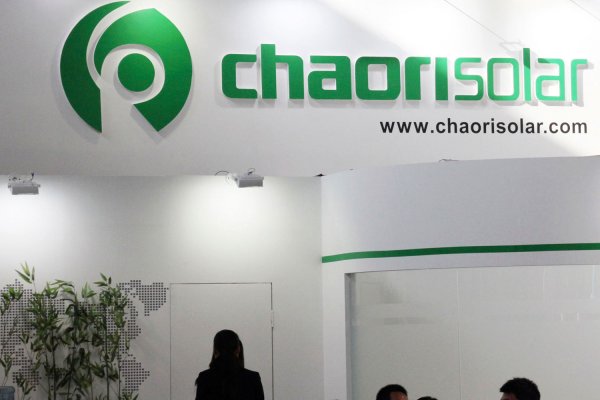 Has China Reached its 'Bear Stearns' Moment?
Next Up: Editor's Pick