A Burial Plot In Beijing Now Costs as Much as a House in Parts of the U.S.

Beijing residents have long complained that sky-high property prices and soaring cost of living make it too expensive to live in China’s capital city.

But now even dying there may be beyond reach.

According to the Legal Weekly, a state-run newspaper, asking prices for plots in Beijing cemeteries are increasing by more than 30% per year.

(PHOTOS: City on Fire: A Look Inside Changsha in China)

Burials have been outlawed in China since 1997, in an effort to conserve space in the nation’s towns and cities. But even finding a spot to inter ashes can prove costly.

Resting in peace alongside the numerous political leaders and officials interred in the famous Babaoshan Cemetery would set you back a whopping $165,000.

The rapid inflation reflects the limited space available for burials in the already crowded metropolis. But experts say a lack of funeral industry regulation is also to blame. Some reports have accused local governments of driving up the price of plots in order to increase their own revenues.

While it has done little to crack down on spiraling costs, the government has instead tried to encourage Chinese people to adopt new forms of funereal ceremony. Last year, a spokesperson at the Civil Affairs Bureau in Beijing told local media that citizens should consider burial at sea.

The pricing issue has been one of the hottest topics on Weibo, China’s Twitter-like microblog, this week, where put-upon city-dwellers have been venting about the rising cost of living. Chen Mingsheng, a netizen from Guangdong province commented on his weibo, “Can’t afford to give birth; can’t afford to live; can’t afford to die, I feel so sorry.” 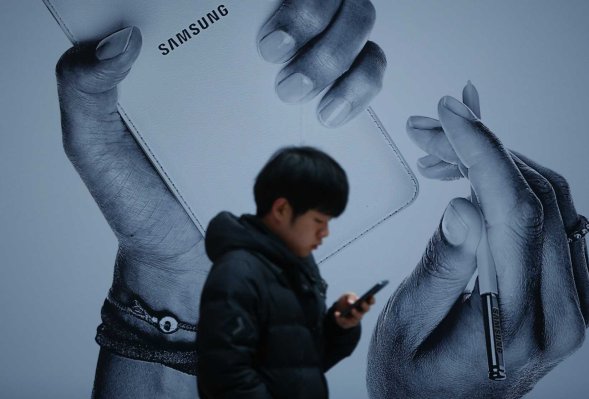 South Korea's 5G Network Will Let You Download a Full Movie in a Second
Next Up: Editor's Pick