Colorado Lawyers Want to Get High Like Everybody Else

Lawyers have been thrown into a legal limbo by Colorado’s experiment in marijuana legalization, unsure whether they can take on pot-related clients or toke up. Now they want to clear the air.

A stream of lawyers and judges appeared at the Colorado Supreme Court on Thursday to argue for rule changes that would explicitly allow lawyers to give advice related to marijuana without fearing disciplinary action — as well as use marijuana themselves. Currently, one of the rules of professional conduct states that attorneys may not counsel any client “in conduct that the lawyer knows is criminal.” And any decent lawyer in Colorado knows that marijuana — whether medical or the recreational pot that became available under state law this year — is still non grata with the feds.

An opinion written by the Colorado Bar Association’s ethics committee last year determined that if lawyers give anything beyond basic advice to marijuana businesses, they are in violation of that rule, which could in turn lead to disciplinary action like disbarment. Another rule, which broadly prohibits the use of illegal substances, could come with a similar penalty.

But the rules proposed by the lawyers would put an end to those uncertainties.

“We have a vast number of citizens and businesses and individuals in Colorado who cannot obtain the legal advice they need to proceed,” said Marcy Glenn, chair of the state committee that proposed the rules. “While conduct that we’re talking about would not violate Colorado law, it remains in violation of federal law. So that is the dilemma that we face.” Colorado voters legalized recreational pot in a 2012 referendum and medical marijuana in 2000.

Those supporting the new rules emphasized that there is a thick web of new regulations that businesses dealing with legal pot have to navigate, meaning that those potential clients need legal expertise more than most. Judge Daniel Taubman noted that there are now 51 pages of statutes related to retail and medical marijuana in the state, presenting a challenge for anyone doing business or resolving legal matters related to marijuana. “And if they have to interpret them without lawyers,” he said, “it’s that much more difficult.”

The supporters also argued the implications of these rules go far beyond a lawyer freely advising the owner of a marijuana dispensary, to dealing with the bank that gives the owner a loan or even settling a divorce in which one parent requests that another refrain from smoking marijuana before picking up the kids. They said pot-related legal issues had come up with homeowners’ associations and criminal matters — all without the lawyers ever knowing what was safe ground. “It’s not just marijuana entrepreneurs,” Glenn said. “It’s a broad range of Colorado businesses and residents that are not getting the advice they need.”

The sole speaker against the rules was James Coyle, head of Colorado’s Office of Attorney Regulation Counsel, the outfit that prosecutes attorneys who violate the code of conduct. He argued the language should be clearer, but added that rules really weren’t needed.

So-called comments added to the rules could clarify the policy with less fuss, or attorneys could settle for a letter from his office stating — much like the August 2013 memo from the Department of Justice — that he would not be going after lawyers for using (or advising on) pot in accordance with state law. He also suggested the legal implications of new laws were still unfolding, and that approving the new rules might have unforeseen consequences. “You do have to trust the system,” he said, one that has “worked pretty darned well.”

Supporters of the rules acknowledged little time had passed since the law itself was implemented — but that change is happening fast these days. “Although this has been characterized as an experiment in democracy, I think it’s gone beyond the experimental stage and in fact it represents to future,” said criminal defense attorney Phil Cherner. “Whether we have a history of criminalizing marijuana use or not, that’s behind us … the times have changed, and the voters have mandated that change.”

Washington State’s legal bodies have been grappling with similar issues. The Colorado Supreme Court is expected to rule on the issue in coming months. In the meantime, bolder lawyers at firms like Denver-based Vicente Sederberg are going to keep working with the dispensary clients that they have been for years. “I would like to see the court make it clear that attorneys can advise clients,” attorney Josh Kappel said in an interview after the hearing. “We’re not in a position to cut any corners, to fudge any rules, because the whole industry is in a gray area.” 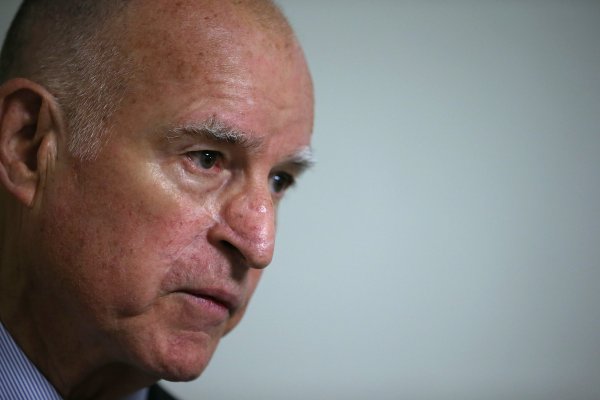 California Governor Unsure if Legal Pot is a Good Idea
Next Up: Editor's Pick