Q&A: Why Taylor Swift Thinks Nashville Is the Best Place on Earth

Nashville is more than the heart of Taylor Swift’s business, it’s her home. But the city she came to as 13-year-old aspiring singer has grown far beyond its musical roots; it’s now an economic and cultural powerhouse. TIME’s Alex Rogers spoke to Swift about her favorite city for this week’s magazine feature which looks at the unique alchemy that makes Nashville both a classic American city and a modern success story. Here are excerpts of their conversation.

TIME: Why did you decide to live in Nashville?

SWIFT: I decided to move to Nashville when I was about 10 years old. I was obsessed with watching biography TV shows about Faith Hill and Shania Twain, and I noticed that both of them went to Nashville to start their careers. From that point on, I began relentlessly nagging, begging, and pleading with my parents to take me on a trip there. When I was 11, my mom took my brother and me to Nashville on spring break and we drove up and down Music Row. She would wait in the car as I scampered into record labels one by one, handing my demo CD to the receptionists. I remember thinking it was so odd and wonderful that all of these important record labels were all on one street, most of them in small buildings and old houses. I remember being charmed by how kind people were to strangers and newcomers like us. We took more and more trips to Nashville as time went by, and when at 13, I was offered a development deal by a major record label, my parents gave in and we moved from Pennsylvania.

TIME: Have you ever considered moving your operations to L.A. or New York?

SWIFT: I love L.A. and New York and I spend a lot of time there promoting albums and doing photo shoots. I’ve been lucky enough to find friends who live in New York, L.A., and Nashville, so none of those cities ever feel foreign or lonely. Choosing to have my management company based in Nashville just made sense because my family is there as well as my record label. I never think about moving home bases. It’s hard to describe why you consider a town your home base, except that when people ask me “Where’s home?”, I don’t even think before I say “Nashville.”

TIME: How much time do you spend in Nashville?

TIME: How has Nashville changed over the years?

SWIFT: Nashville has changed so much since I moved here almost ten years ago. It’s become a popular, trendy place to live for families and young professionals. It’s become a well-known music hub for genres other than just country. There are now fantastic, highly acclaimed restaurants and top of the line hotels. New high-rise buildings have popped up every time I come home and I think it’s so awesome that Nashville is booming. The attention it’s getting is well deserved.

TIME: How close is the city’s country music community?

SWIFT: The country music community is the closest musical community I’ve witnessed. I see a different songwriter or producer I’ve worked with almost every time I’m out to dinner. All of the artists know each other. Half of us have opened up for the other half on tour, and we’ve met each other at some radio station or awards show. I could list at least five other country artists who live in my apartment building, so I actually run into them in the elevator on a regular basis.

TIME: What’s your favorite spot in the city?

SWIFT: I absolutely love the parks and trails. There’s a park called Radnor Lake that’s gorgeous on a fall day. I’ve had some of my best days walking there with my dad, talking about life. Another huge priority for me is having a good coffee place to go and hang out. Fido has such a great atmosphere, and you can wander around browsing the shops in Hillsboro Village once you’re there. I love driving past the Bluebird Cafe, because that’s where I played the acoustic show that ended up getting me a record deal. The other areas where I like to go for cute restaurants and shopping are 12th South and East Nashville. Now I have to stop because I sound like I am the president of the Nashville Tourism Board. Sorry, not sorry, I just love it here. 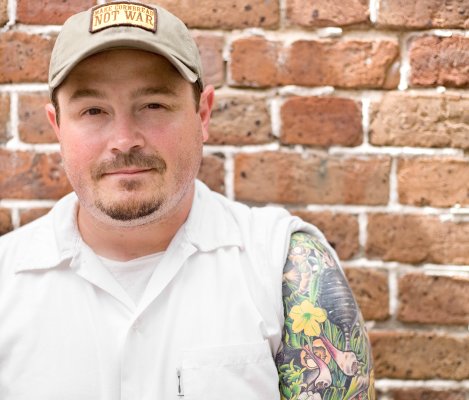