Congressman Paul Ryan, of Wisconsin, waves to the crowd after speaking during the Conservative Political Action Conference at the Gaylord National Resort & Convention Center in National Harbor, Md., March 6, 2014.
Lexey Swall—GRAIN for TIME
By Eliana Dockterman

Paul Ryan argued that liberal government programs give people comfort but not dignity.

In a speech he made at Conservative Political Action Conference (CPAC), the country’s largest gathering of conservative leaders and activists, Thursday, he shared a story he heard from Eloise Anderson, who serves in the Cabinet for Wisconsin Gov. Scott Walker, as a way of criticizing the Affordable Care Act.

Update: The story has been updated to add a fuller quote and context to Ryan’s remarks at the 2014 Conservative Political Action Conference. A spokeswoman for Anderson later told the Washington Post that she had misspoken while testifying before Congress, and that the quote about a brown-paper bag came from a TV interview she saw. 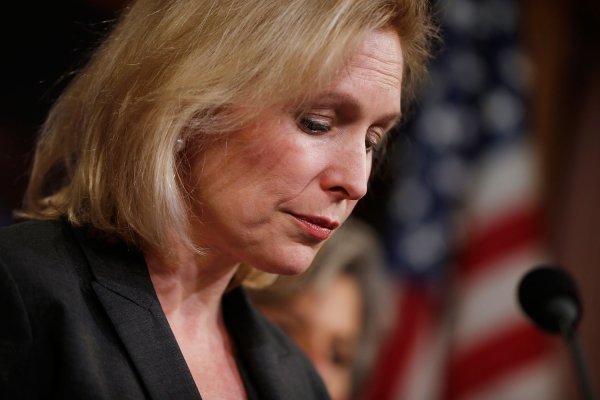