Dozens of anti-eviction protestors marched behind a small brass band through the streets of San Francisco on Tuesday morning. The parade stopped at an intersection in a long-blighted, recently gentrifying neighborhood called the Tenderloin. Then the protestors did what has become their signature move in recent months: They blocked private buses attempting to ferry tech workers to their jobs in Silicon Valley, this time at Google and Facebook.

Private shuttles have become the cake in San Francisco’s revolution, a symbol of disconnect as the have-nots rally against a backdrop of skyrocketing rental prices and eviction rates. At a hearing at City Hall later in the day, a committee approved a proposal to allow and organize the growing fleet of vehicles currently using city bus stops without regulation. During roughly two hours of public comments, officials heard from tech workers who ride the buses, working-class residents who drive them and activists who oppose them (not to mention everything they stand for). Then the committee unanimously voted to go ahead with the 18-month pilot program, set to begin this summer.

The San Francisco Municipal Transportation Agency estimates that private shuttles bound for tech giants like Google, Facebook, Intuit, LinkedIn and Yahoo — and other destinations — are making about 4,100 stops per day in the city. SFMTA employees have been fielding regular complaints from residents about the vehicles holding up municipal buses, causing traffic jams, blocking bike lanes or simply being signs of change that San Franciscans don’t want. After years of research, the transit authority unveiled a plan earlier this month to bring more order to those shuttles, outlining permitted routes and charging $1 per stop.

Citizens speaking out against the proposal called the $1 fee a “joke” and an insult, many comparing the price point to the $271 fine that a car driver would be given for parking in a city bus stop. By the activists’ math, companies contracting private shuttles owe the city roughly $1 billion, a figure reached by multiplying that fine over years that shuttles have been in use. SFMTA’s math is based on their estimates of how much it will cost to actually run the program that permits and oversees the shuttles; by state law, city employees emphasized, they cannot charge more than it costs to recover what city spends to regulate any parking—even if it’s a fancy, two-decker bus parking on its way to Silicon Valley.

At Tuesday’s hearing, supporters of the shuttles argued that commuting en masse minimizes the workers’ environmental impact and reduces traffic congestion. Opponents countered that while tech workers might not be driving cars, low-income residents pushed out of San Francisco by landlords renting to the highest bidder were now forced to drive. “It’s not a luxury,” one Google worker said. “It’s just a thing on wheels that gets us to work.” Critics replied by arguing that rental prices have increased along the tech bus routes, contributing to displacement of lower-income residents, and demanded that companies contribute money to affordable housing in an effort to offset that kind of cost.

City officials, who inevitably have loyalties to tech companies bolstering the economy and residents who voted them into office, have been forced into the role of referee. City Supervisor Scott Wiener spoke at the beginning of the hearing and noted that commuting had been going on long before Google buses roamed the road. “These shuttles are providing a valuable service for many residents of this city, who depend on them to get to work every day,” he said. “I know there is a lot of frustration and anxiety in the city right now around the cost of housing … blaming tech workers in not a solution to our housing problems.” Carli Paine, the SFMTA employee spearheading the plan, tried to make it clear that the majority of private shuttles actually operated within the city, rather than going from the city to Silicon Valley, and that they’re not just taking well-paid engineers to Mountain View. Many shuttles are contracted by universities, hospitals and even minimum-wage employers like Wal-Mart.

But while logistical details of the pilot program were the reason for having the hearing, they also had nothing to do with it. For many residents, the high-ceilinged room at City Hall was a forum for airing much bigger grievances about inequality, for articulating angst against an industry attracting bands of well-paid workers to town while long-term residents are losing their homes. “These companies are filthy rich,” said a resident born in San Francisco. “We need to squeeze them for everything they’re worth.” Some speakers wanted the buses to be banned and for companies to take the money spent on shuttles and funnel it into the city’s transportation budget — advice the committee approving the proposal didn’t find too compelling.

A similar difference in approach played out at the protest that morning. While some activists made careful arguments about the tornado of wealth, growth and housing shortages that has thrown the city into an affordability crisis, others held a giant sign with a much less nuanced message: “F*** off Google.” 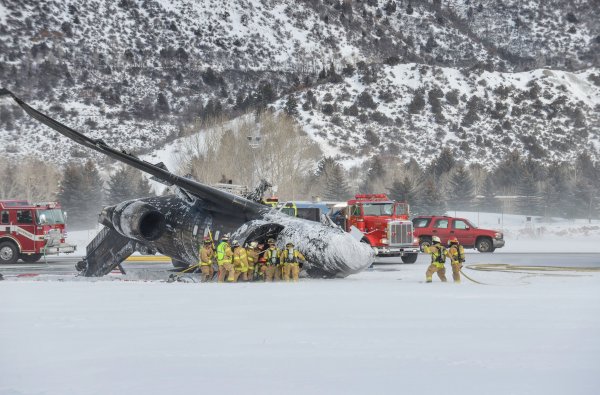