It all started with a tiny chunk of dirt. The sample of 30,000-year-old permafrost, a frozen layer of soil from the Siberian tundra, weighed just a fraction of an ounce. But, as TIME reported on Tuesday, that scrap was carrying within it a surprise worthy of a pulp comic book: a gargantuan virus, the largest known to science, and still, despite having been in suspended animation for millennia, quite deadly. Be grateful that it infects only amoebas, not humans.

That virus, weighing in at 1.5 micrometers, is as big as a small bacterium—huge by viral standards. But the significance of the find goes well beyond that gee-whiz metric. Where one übervirus was there should be more, some of which may not be quite as quiescent as we always assumed.

Permafrost has long been known to be something of an ad hoc museum of Earth’s natural history. It contains methane, for example—produced by the decay of long-ago plants and animals and then covered up by the accumulating ice. It’s a good thing that the gas is locked in place this way since methane is a major contributor to global warming; it’s a very bad thing, however, that the warming that has already occurred is causing so much glacial melt, which releases the methane and only accelerates the climate change process. Intact bodies of hapless mastodons and other long-gone creatures are occasionally released by thaws too—though those discoveries are objects only of scientific delight.

Active viruses, though, had not been reported until this week, in the new study published in the Proceedings of the National Academy of Science. The senior authors of the study, Jean-Michel Claverie and Chantal Abergel of Aix-Marseille University, have a long history of virus hunting. Over the last ten years or so, collecting samples from locations as varied as a water tower, a pond, and the ocean off of Chile, they’ve been involved in the discovery of a number of giant viruses, which had been overlooked in earlier research for the very reason that they are so enormous. Standard procedure for studying viruses involves a filtering step that removes all but the tiniest particles in a sample. So the giants—some up to a thousand times the size of the ordinary viruses and containing more than 2,500 possible genes, compared to just eight in the flu virus—were not recognized until 2003. Claverie, Abergel, and their collaborators have since revealed the existence of several more, though giants viruses are only the merest fraction of total virus diversity.

Then, in 2012, Russian researchers managed a magnificent feat: they revived a flowering campion plant from fruits frozen around 30,000 years ago in Siberian permafrost. That got the French researchers thinking: What else could be revived from the permafrost? Ancient bacterial DNA has been found in permafrost, and viruses frozen there in the last couple hundred years have been revived, but no one had grown one from so long ago, and no one had recovered any giant ones.

The French team thus asked the Russian group for some samples of their permafrost and arranged a straightforward test: Since many giant viruses pose as prey for amoebas, then destroy them from within, they fed the permafrost to amoeba cultures. A preserved virus that was seeing the inside of a living cell for the first time in 30,000 years would probably be only too happy to go straight to work. Sure enough, soon the amoebas were dying. “It’s food poisoning,” in essence, says Abergel. “As soon as the virus comes in and is able to unload its genetic material inside the cell, it’s the end for the amoeba.”

To the team’s surprise, however, when they investigated further, the giant virus laying waste to the amoebas did not belong to any of the species already known to science. It had the rough shape of two giant viruses the French team discovered last year, but had a very different genome and reproductive cycle. And that genome is full of mysteries.

“About 10% of its genome resembles classical viruses,” says Abergel. “But there is more than two-thirds of its genes which are new—completely unknown.” The biodiversity of all giant viruses, she says, “is probably tremendous.” The researchers dubbed this new one Pithovirus sicbericum, after the place it was found.

Even if the new virus proves to do nothing more interesting than sleep in permafrost and kill amoebas, the whole class of giant viruses is sparking a lot of scientific interest. For one thing, researchers believe that they may steal some of their genes from their hosts, more than smaller viruses are capable of. “These large ones,” says microbial ecologist Mya Breitbart of the University of Southern Florida, “offer pretty interesting insight into what’s important for a virus.” Those stolen host genes, in other words, must be helping the super viruses in some way, but how is not exactly clear.

The researchers point out that as permafrost melts, thanks to global warming, it’s possible that many more viruses long held in suspension could be released, and not all of them might confine themselves to attacking amoebas. But humans have been rooting around in the permafrost for some time without ill effects. Eugene Koonin, a senior researcher at the National Center for Biotechnology Information at the National Institutes of Health, who studies the evolution of viruses, says he’s not worried. “Even if—thinking very, very hypothetically—permafrost starts to melt, even in a case like that I do not think that this would be a serious concern,” he says. “There will be other concerns that will be much, much more immediate.” Like that methane that’s been keeping the viruses company in their long sleep, just for starters. 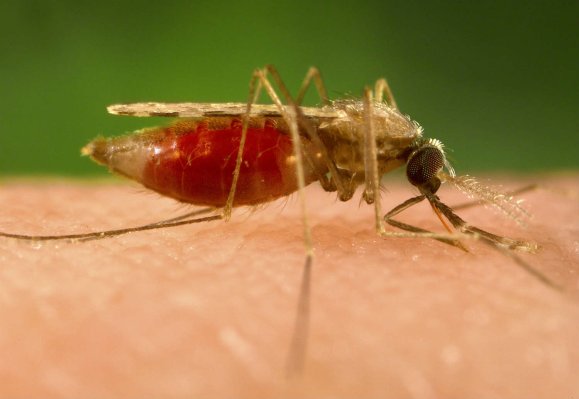 Fighting Malaria Will Be an Uphill Battle, Literally
Next Up: Editor's Pick