The World's Most Visited City Is Again Marred by Violent Protest: Here's Why

Since Jan. 13, antigovernment protesters have besieged several key intersections in Bangkok — the world’s most visited city in 2013 — in a bid to shut down the sprawling Thai capital. They want Prime Minister Yingluck Shinawatra to step down and aim to make the country ungovernable by surrounding government buildings. So far, Thailand’s first female Premier has refused to resign but instead called snap elections for Feb. 2 to reassert her popular mandate. But for those on the street, the ballot box has lost its luster.

Why are they protesting?
Protesters accuse Yingluck, 46, of being a puppet of her elder brother, former Prime Minister Thaksin Shinawatra. Thaksin came into power in 2001 and won support among the rural poor for populist policies such as microfinance schemes, subsidized fuel and universal health care. However, the veneration he received chaffed traditional elites, and he was accused of overshadowing revered King Bhumibol Adulyadej. Thaksin was eventually ousted in a military coup in 2006 and convicted of corruption in absentia, charges he insists were politically motivated. The current demonstrations began early November as opposition to a now shelved amnesty bill that would have allowed the billionaire telecoms mogul to return home a free man and united with some $1.2 billion in seized cash and assets.

What do the protesters want?
Thaksin is idolized in Thailand’s populace north and northeast — where his supporters are known as Red Shirts — and parties he backs have won the past five elections, the most recent incarnation being the Yingluck-led Pheu Thai Party. Protesters fear it is only a matter of time before a new amnesty bill is passed to facilitate his return, and so have seized upon this chance to permanently rid Thailand of his influence, claiming that it is based upon flagrant vote buying. (This accusation is dismissed by academics.) To achieve its goal, the opposition wants democracy suspended and an unelected “people’s council” to enact murky reforms, possibly taking up to two years, to permanently purge Thailand of Thaksin’s influence.

So, they’re protesting for less democracy?
Depends on whom you speak to. Protest leader Suthep Thaugsuban claims that democratic principles have been subverted by Thaksin’s huge wealth and close network of patronage, and Thailand must be “reset” and started afresh. Conversely, progovernment supporters claim that royalists and urban upper classes are simply bitter that political power has shifted from the city to the provinces. Some of the rhetoric employed by protesters — that rural people are not educated enough or pay sufficient tax to warrant a say in governing the country — does little to promote their cause.

So, is this simply about rich vs. poor?
Certainly that plays a role, but so does regionalism. The rice-farming Isaan people of the rural northeast culturally share more with Laos than the central Thais, and speak a very similar language to Lao. Thaksin principally courted this region — boasting a third of the national population — and helped raise it from an impoverished backwater to a booming manufacturing hub, also installing hospitals and universities. Bangkok’s middle classes, and southern Thais, remain resentful of their waning influence, and the Isaan refuse to let their political gains be snatched away.

Will the elections happen?
Hard to say. The opposition Democrat Party has refused to take part, and protesters have disrupted voter registration in southern provinces, as well as picketed the factory where the ballot papers are printed. Thailand’s constitution says that an election must be held within two months of the dissolution of Parliament, which occurred on Dec. 9, so any delay would be problematic. But similarly, efforts to restrict candidate registration mean that less than 95% of electoral districts will be able to return a legislator, another prerequisite to reopen Parliament. Yingluck reportedly offered to delay the ballot until May 4 if protesters went home, but Suthep has refused to negotiate or settle for anything less than her unconditional resignation.

What’s the alternative?
Protesters apparently aim to create such disorder that either Thailand’s powerful armed forces or judiciary intervenes. Thailand has seen 18 actual or attempted military coups since the end of absolute monarchy in 1932, with Yingluck’s notorious brother ousted in the last. However, public perception of the military suffered greatly after that putsch, and army chief General Prayuth Chan-ocha has played down the prospect of a repeat (even if he has stopped short of ruling it out altogether). Both the army and courts are understood to be anti-Thaksin institutions, and by extension favor the protesters. The judiciary has been quietly gnawing away at Yingluck’s legitimacy with a raft of legal challenges to her administration.

Thaksin: Messiah or Lucifer?
A little of both. Thaksin’s popular policies undoubtedly did a colossal amount for the rural poor, whereas previous governments had largely ignored their plight. However, that he feathered his own nest in the process is undeniable, and his 2003 war on drugs involved some 2,800 extrajudicial killings, according to Human Rights Watch, of which half the victims were allegedly innocent of any crime. The image of him urging supporters into potentially deadly confrontations with security forces while he relaxes in his Dubai mansion is hardly inspiring.

Suthep: insurrectionist or hero?
A wily character who has spent his entire career in politics — from village headman to MP for southern Surat Thani province to Deputy Prime Minister — Suthep is now enjoying a coda as self-styled anticorruption crusader. However, his credentials are far from squeaky clean. In 1995, he was accused of giving wealthy cronies property under a land-reform initiative designed to help the poor. Although Suthep was never convicted of wrongdoing, he resigned and the scandal led then Prime Minister Chuan Leekpai to dissolve Parliament. So seeing the 64-year-old touring Bangkok collecting thousands of dollars from protesters has naturally raised eyebrows. Having quit the opposition Democrat Party to lead the protests, Suthep has been charged with rebellion for the ongoing unrest, and also faces murder charges for ordering the 2010 crackdown on pro-Thaksin demonstrators.

How bad could things get?
In 2010, a largely peaceful Red Shirt demonstration in central Bangkok was brutally crushed by Thai security forces with around 90 killed and 2,000 injured. Tanks rolled into the Thai capital’s busy shopping district, usually teeming with throngs of tourists, and the CentralWorld mall was gutted by fire. (The military accused protesters of torching it deliberately, while protesters say a soldier’s smoke grenade sparked the blaze.) By comparison, nine people have been killed and 500 injured in the latest unrest. But if Yingluck is removed by a military or judicial coup, the Red Shirts will once again march on Bangkok and history could very well repeat itself.

What are the economic consequences?
Thailand is a tourist mecca that receives over 20 million foreign visitors annually, and Bangkok became the world’s most visited city in 2013, with 15.98 million international overnight visitors. At least 45 nations, including the U.S., have issued travel warnings because of the protests, and hotel occupancy is currently around 50% compared with a seasonal norm of up to 90%. The stock market has taken a tumble and baht dropped against the dollar since protests began in November, although both have recovered somewhat in recent days. On Monday, Japanese auto giant Toyota warned that the crisis was jeopardizing a planned $609 million expansion in the country’s crucial exports sector. As a regional commercial hub that is home to around 5 million economic migrants, Thailand’s woes are acutely felt around Southeast Asia, no matter how resilient it might have proved in the past.

MORE: Thai Opposition Digs In for a Long Protest 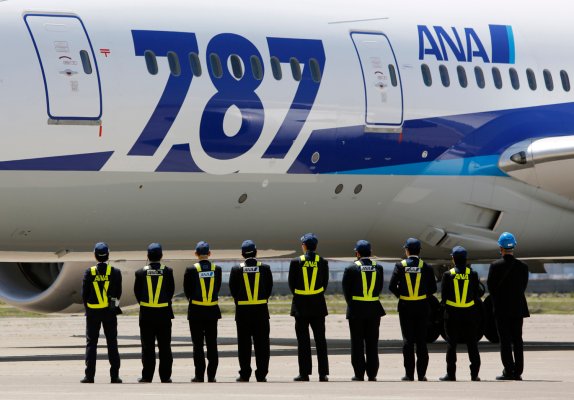 Japan’s All Nippon Airways to Amend ‘Whiteface’ Commercial
Next Up: Editor's Pick