Are e-cigarettes the lesser of two evils, or just another method of nicotine exposure?

It’s a question public health experts are debating. Some question the benefits of steering smokers towards less harmful products on the nicotine product spectrum. And a new study published in JAMA Pediatrics suggests what medical experts dread: that people who use e-cigarettes are also likely to be regular cigarette users.

Adolescents who use e-cigarettes are more likely to smoke other tobacco products and regular cigarettes. The researchers surveyed 17,353 middle and high school students in 2011, and 22,529 young people in 2012 as part of the National Youth Tobacco Survey.

Youth who reported ever using e-cigarettes or currently using them had a greater likelihood of experimenting with regular cigarettes, smoking on a regular basis, or being a current cigarette smoker. Among young people who had used tobacco cigarettes, trying an e-cigarette was linked to being an established smoker. The researchers also found that teens who used e-cigarettes were more likely to want to quit smoking the next year, but they were also less likely to abstain from cigarettes all together.

The study didn’t look at whether young people are initiating smoking with regular cigarettes and then switching to e-cigarettes, or the other way around. However, e-cigarettes aren’t “discouraging use of conventional cigarettes,” the researchers say.

In September, numbers from the CDC showed that the percentage of middle school and high school students who have tried e-cigarettes doubled from 3.3% in 2011 to 6.8% in 2012.

“While much remains to be learned about the public health benefits and /or consequences of [electronic nicotine delivery systems] use, their exponential growth in recent years, including their rapid uptake among youths, makes it clear that policy makers need to act quickly,” Frank J. Chaloupka of the University of Illinois at Chicago wrote in a corresponding editorial.

Most recently, Los Angeles extended its city-wide smoking ban to include e-cigarettes. 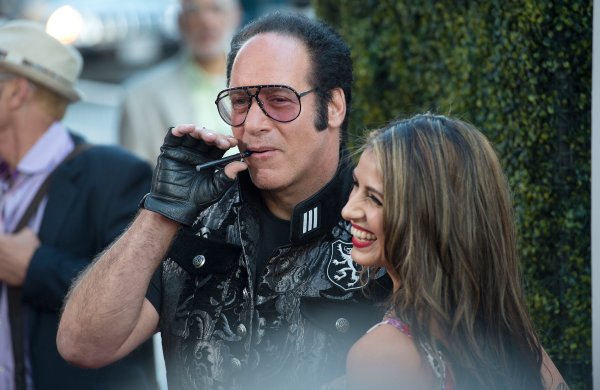