The New SAT: America Treats Its Language Like Garbage

It can be hard to see that about ourselves, just as fish don’t know they’re wet. But the latest revision of the SAT test is a handy window into the matter. The new test eliminates what are commonly dismissed today as “SAT words” — the ones like punctilious, phlegmatic and occlusion. And quite a few, especially those in charge of teaching children, think this is just dandy.

The defense is that from now on, it isn’t that the SAT will only dwell on words like walk and cat, but that the “big” words it engages will be the ones that we encounter the most, such as synthesis. In other words, the common big words are fine – call them the “business casual” realm. But no more abrogate, mendacious, or oblique – that is, put away the tuxes.

Too old-fashioned, too stiff, too “impractical.” One senses a certain Yankee pragmatism. But is language only about what’s practical?

A major spark for the dismissal of higher vocabulary from the SAT was a speech in 2001 by then-University of California president Richard Atkinson. He described seeing schoolchildren studying verbal analogies such as “untruthful is to mendaciousness is as circumspect is to caution” in preparation for the SAT.

Atkinson’s implication was that this was as depressing a sight as the kids being taught alchemy. But there was a time when what Atkinson saw was considered to be, well, school. The idea that such a thing could only be a gloomy matter of “teaching to a test” would have seemed alien. The expectation was that a test most certainly would examine students’ retention of such words and their ability to grapple with precise aspects of meaning.

But a reigning conviction today is that knowing the outer layers of vocabulary is not part of what it is to be educated. We are now to think that teaching words that are key to accessing sophisticated literature and argumentation is not real teaching.

I see. Of course some might say that high vocabulary is learned by reading, not studying the words in isolation. But then would the same people have a problem with piano students starting out with notes and scales, as opposed to being told to just play and see how far they get?

Here is where we see that there is more afoot here than educational philosophy. Russians refer to their language as “great and mighty” and regularly teach schoolkids to recite Pushkin. To us, that seems lovely. Or, we hardly shudder to imagine a classroom of Italian kids learning the fancier words. Why?

Because we think of Italian as beautiful – as opposed to our own language, which we do not.

We used to. Americans once referred to one another’s “English,” sounding rather like Italians and Russians today. Edna St. Vincent Millay described her mother as writing “such beautiful English,” H.L. Mencken criticized Warren G. Harding for writing “the worst English that I have ever encountered,” Booker T. Washington savored Harvard President Charles Eliot’s “beautiful and strong English.”

Note how we wouldn’t phrase it that way now. Likely no one would speak or write of Harvard President Drew Gilpin Faust’s verbal abilities at all, much less whether they were “beautiful and strong.” But if they did, the phrasing would be “how she talks.” We do not assess one another’s “English,” as befitting a time when our educational officials consider its high vocabulary something young minds are best off shielded from.

Certainly we need not burden kids with the truly useless words certain types are given to popping out at parties like tergiversation, which are chance retentions in a language like bugs on a windshield. Only the existence of dictionaries keeps some words from falling out of memory.

But the idea that words like laconic, indefatigable and probity are to be treated as hothouse distractions of interest only to a dedicated few, like modern classical music, old radio or eating bugs, is evidence of a people who think of their language not as a magnificent accretion but as just talk.

In the 1830s, a 19-year-old clerk wrote to a girlfriend “Most youths at seventeen or eighteen years of age take a pride in boasting of their amours, of their dissipations, and of their wild exploits; I have, however, no taste for such exposures.”

That clerk, one Richard Robinson, had an eighth-grade education. I suppose we are to view it as an antique tragedy that he had been plied with such an oppression of big, bad words.

John McWhorter is an associate professor of English and comparative literature at Columbia University and the author of What Language Is (and What It Isn’t and What It Could Be). The views expressed are solely his own. 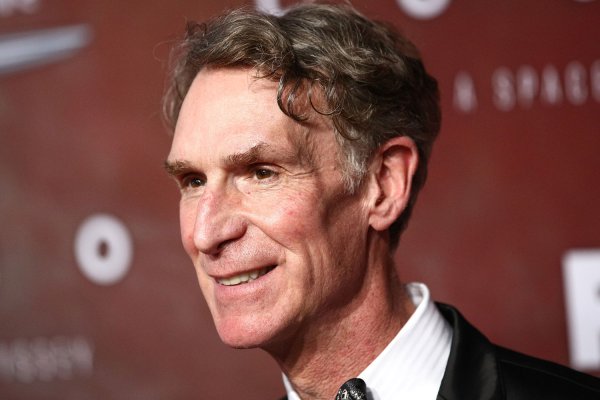