Facebook Is About to Lose 80% of Its Users, Study Says

Facebook’s growth will eventually come to a quick end, much like an infectious disease that spreads rapidly and suddenly dies, say Princeton researchers who are using diseases to model the life cycles of social media.

Disease models can be used to understand the mass adoption and subsequent flight from online social networks, researchers at Princeton’s Department of Mechanical and Aerospace Engineering say in a study released Jan. 17. The study has not been peer-reviewed. Updating traditional models on disease spread to assume that “recovery” requires contact with a nondiseased member — i.e., a nonuser of Facebook (“recovered” member of the population) — researchers predicted that Facebook would see a rapid decline, causing the site to lose 80% of its peak user base between 2015 and 2017.

Basically, Facebook users will lose interest in Facebook over time as their peers lose interest — if the model is correct. “Ideas, like diseases, have been shown to spread infectiously between people before eventually dying out, and have been successfully described with epidemiological models,” write the researchers.

You can check out the full study here. 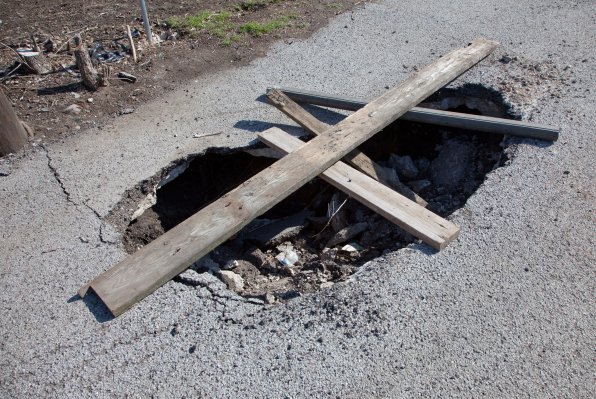 2014 Shaping Up as an Epically Bad Year for Potholes
Next Up: Editor's Pick