Former Microsoft CEO Steve Ballmer has agreed to buy the Los Angeles Clippers for $2 billion, according to statements from Ballmer and the wife of current Clippers owner Donald Sterling. If completed, the deal would end a saga that has consumed the NBA since racist comments by Sterling came to light last month.

“I am delighted that we are selling the team to Steve, who will be a terrific owner,” Shelly Sterling said in a statement released through her attorneys. “We have worked for 33 years to build the Clippers into a premiere NBA franchise. I am confident that Steve will take the team to new levels of success,” she said.

“I love basketball,” Ballmer said in a statement accompanying the same news release. “And I intend to do everything in my power to ensure that the Clippers continue to win – and win big – in Los Angeles. LA is one of the world’s great cities – a city that embraces inclusiveness, in exactly the same way that the NBA and I embrace inclusiveness. I am confident that the Clippers will in the coming years become an even bigger part of the community.”

Ballmer won a bidding war for the Clippers and agreed with Sterling’s wife Shelly to buy the team for $2 billion, according to reports citing anonymous sources by the Los Angeles Times, the Associated Press and ESPN. Ballmer’s steep bid beat out several competitors, including a group led by David Geffen, which bid $1.6 billion, the Times and ESPN reports. It would be the second-most expensive sale of any North American professional sports team, just behind the sale of the Los Angeles Dodgers for $2.1 billion in 2012. The Clippers sale would easily beat the previous high price for an NBA team—the Milwaukee Bucks at $550 million earlier this year.

It remains to be seen, however, if Donald Sterling will fight the sale as he has pledged to. Based on comments made by Donald Sterling’s lawyer on CNN Thursday, Shelly Sterling may not have the authority to sell the team without her husband’s legal blessings.

The NBA has been looking to force a sale in the wake of a leaked recording that showed Sterling chastising his then-girlfriend not associate with African-Americans, including NBA legend Magic Johnson. NBA commissioner Adam Silver handed down a lifetime ban for Sterling in April and called on the other owners to officially force a sale shortly after the recording leaked.

Ballmer was chief executive of Microsoft for 14 years and is estimated to be worth $20 billion. Sterling bought the Clippers in 1981 for $12.5 million. 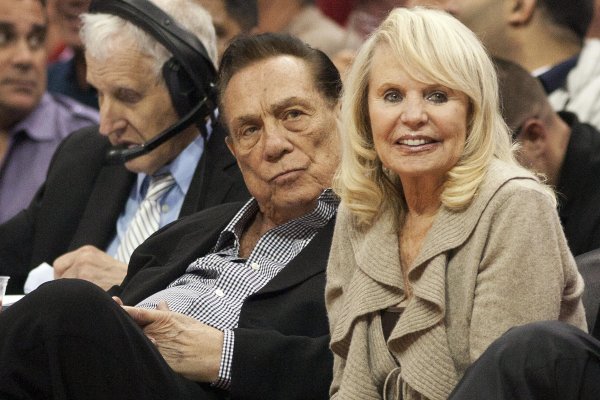 NBA Presses On in Sterling Case
Next Up: Editor's Pick