Senator Kirsten Gillibrand, D-NY attends a press conference calling for the creation of an independent military justice system to deal with sexual harassment and assault in the military, in the Russell Senate Office Building on Capitol Hill in Washington, DC on Feb. 6, 2014.
Mandel Ngan—AFP/Getty Images
By Jay Newton-Small

The Senate is set to hold dueling votes Thursday on two measures overhauling how the military handles sexual assault cases. The sticking point has come down to whether to leave the prosecution of such crimes within the chain of command.

Sen. Kirsten Gillibrand, a New York Democrat, has been doggedly pushing to give the cases to the Judge Advocate General’s Corps. She has the public endorsement of 54 of her colleagues, five short to avoid a filibuster. Gillibrand, who has the support of most victim’s groups, notes that according to the Pentagon’s own research, more 25% of women and 27% of men who were victims of unwanted sexual contact indicated that their offender was within their chain of command, thus making it difficult for them to report such cases. Gillibrand’s bill would leave 37 serious crimes uniquely military in nature, such as disobeying orders of going AWOL, within the chain of command.

Sen. Claire McCaskill, a Missouri Democrat, has sponsored competing legislation that toughens the military’s monitoring and reporting of such cases, but leaves the responsibility within the chain of command. She has the support of the Pentagon—which argues that confusing the chain of command inherently corrupts the system—and the tacit support of the White House. Noticeably, President Barack Obama did not mention the issue in his State of the Union address, and the Administration has quietly helped the Pentagon work against Gillibrand’s bill. McCaskill also argues that other countries that have removed such cases from the chain of command have not seen an uptick in reporting. And a Pentagon panel assigned to study the issue found overwhelmingly that the cases should remain within the chain of command.

There’s little dispute that a problem exists. The Pentagon reported more than 26,000 cases of unwanted sexual contact in 2012 out of which only 3,000 were reported and 300 prosecuted. The Senate already passed a spate of changes to the system earlier this year as part of the annual National Defense Authorization Act. That has led to a 60% increasing in reporting thus far, according to testimony by Dr. Nathan Galbreath, senior advisor for the Department of defense’s Sexual Assault Prevention and Response Office before McCaskill’s Armed Services Subcommittee on Personnel last week.

Both bills have drawn bipartisan support. Gillibrand counts 10 Republicans in her ranks, including Sen. Ted Cruz of Texas and Sen. Rand Paul of Kentucky. Some 10 senators remain on the fence, including Florida Republican Marco Rubio and Senate Minority Leader Mitch McConnell.

While the fight has gotten increasingly acrimonious between Gillibrand and McCaskill, many senators note the debate has raised the profile of the issue and already forced through historic changes. But for victims groups, nothing short of the sea change represented by Gillibrand’s bill is good enough.

“The military justice system invests power in one person. A system, which too often protects the higher-ranking perpetrator and retaliates against the lower ranking victim. Your boss should not decide whether to prosecute a sexual assault allegation. It is un-American,” says Nancy Parrish, president of Protect Our Defenders. “The public and a bipartisan majority of Senators support an independent and impartial justice system for our brave men and women in uniform. It is common sense and long overdue.” 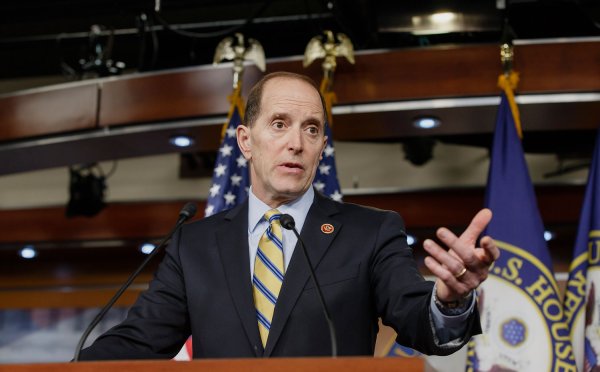 Republican Forges Ahead on Tax Reform
Next Up: Editor's Pick