You’re one of the most highly touted college basketballers to come along in some time. Do you feel a lot of pressure?

I don’t feel it as much as I feel my happiness. If I’m happy with the [way] that I play, then I’ll continue doing it. One thing that frightens me is not having that passion that I have now or even when I was a kid.

Which team do you think is going to be the biggest challenge for Duke?

The biggest challenge for us is Syracuse, because they’re in our conference and we have to, of course, fight for that position in NCAA seeding.

Growing up, was it harder to be really tall or to be a practicing Mormon?

I think just tall, because in Chicago, people really don’t know what Mormons are. And being a basketball player, I didn’t really have to face a lot of struggles, because a lot of people around me respected me. I really didn’t get heckled or looked down upon. But being tall was a mixed blessing. Off the court, I felt kind of shy because I wasn’t average. I wasn’t able to be a part of being normal in my classroom.

What music do you listen to before games? Would hip-hop be too explicit for Mormons?

I’m a really big fan of hip-hop, and I can listen to it before the game, but I’m not that into a lot of profane music. Sometimes you can’t get the clean things, so I just make sure that it’s as conservative as possible and make sure the message is there if profanity is present.

Is there anything besides sports you would like to be good at?

I don’t think a lot of people consider golf a sport. It’s kind of a leisure event. I would like to play. And I’d like to learn how to shoot a bow and arrow.

The NBA is considering requiring two years of college before players can be drafted. Do you think that’s a good idea?

I don’t think it’s a good idea for the player. I know we need to really focus on our education. But at the end of the day, the NBA doesn’t understand a lot of people’s financial backgrounds. They really want to apply for a job. You can’t strip anyone of their dreams of pursuing a job.

You’ve said you relate to the movie The Secret Life of Walter Mitty a lot. Why is that?

Oh, this is a bad thing for me and I’m trying to improve, but in practice and even during my class, I just zone out. I really fantasize a lot because I’m a dreamer. I have a lot of goals, of course, and a lot of things I have on my mind. I just keep looking ahead at things.

You’re half Tongan. Have you been to Tonga?

No, I haven’t. I know a lot of people claim me, but it would be kind of out there to say I’m from anywhere but Chicago. That’s what made me.

Your dad played for the Golden State Warriors. What’s the best advice you got from him?

Sports Illustrated said you were the worst dresser on the Duke team. Did it get that right?

I dress the worst? I’ve got the best appearance on my team, because they don’t take pride in what they wear–they even dress up like in sweat suits all the time. I switch it up. 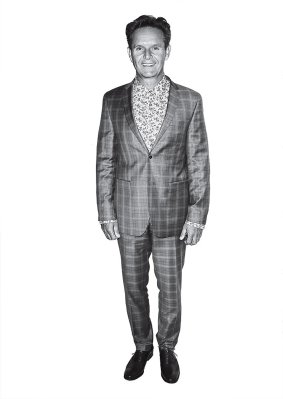 10 Questions with Mark Burnett
Next Up: Editor's Pick