Workers to Bosses: Take Twice as Much of My Pay

The retirement savings crisis in America can be reduced to one statistic: workers say they would like the default contribution rate in 401(k) plans with automatic enrollment to be doubled.

That is telling new research from the nonprofit Transamerica Center for Retirement Studies and global asset manager Aegon. It suggests the typical worker wants someone else to make the tough decisions for them. After all, these workers could double their contribution rate quite on their own by filling out a little paperwork at the office.

What stops them? Inertia plays a big role. The easiest thing to do is nothing. But too many workers also do not appreciate the extent of their personal savings crisis and that, through compound growth, a little more saved today would make a big difference tomorrow. They also may suffer from a chilling lack of confidence in their ability to make the right financial choices.

This isn’t just a U.S. phenomenon. Globally, workers say the appropriate default rate for contributions to a 401(k) plan with automatic enrollment should be 6% of pay. The desired figure is 7% in the U.S., where the typical default rate is 3%, Transamerica found. Perhaps the biggest problem with that low default rate is that workers may assume it is sufficient, when it clearly is not.

Most financial planners advise setting aside 10% to 15% of pay for retirement. A worker who believes their employer has set the right savings rate for them, and then does nothing more, will be sorely disappointed. Unfortunately, such workers are legion. The average 50-year-old American has saved just $44,000.

Some workers are taking action. Since 2009, seven in 10 401(k) plan participants have increased their contributions by an average of 14%, reports Principal Financial Group. With the help of a bull market account balances have roughly doubled in that span. But that just gets savers back to where they were before the recession. It’s not nearly enough to close the savings gap.

Most workers seem to understand the need to save more. Yet they continue to do little or nothing about it, which is why automatic enrollment and higher default contribution rates are so important. Globally, 63% of workers favor automatic enrollment, Transamerica found. The share is 69% in the U.S. So automatic features, which have been found to be highly effective in boosting participation rates, have broad appeal.

Retirement experts look at auto enrollment and escalating contribution rates like motherhood and apple pie. Who can argue against it? But we need to expand the features to ensure that more employees defer more of their pay—which they would do on their own if not for inertia and failing confidence.

The Principal recommends auto enrollment with a 6% employee deferral rate, and raising the deferral one percentage point each year until it reaches 10% of income. It further recommends that companies sweep all existing employees into the automatic plan—not just new hires. They could opt out, but most wouldn’t. That’s inertia working for them, not against them.

This is the approach we are left with, and there is nothing wrong with it. Given our low levels of financial understanding and the lackluster national effort to raise our financial I.Q., it is unlikely that most workers will choose to save a great deal more. That’s a shame because even a 6% deferral rate gets you only about halfway home to retirement security. At some point individuals must step up to the retirement savings challenge on their own. 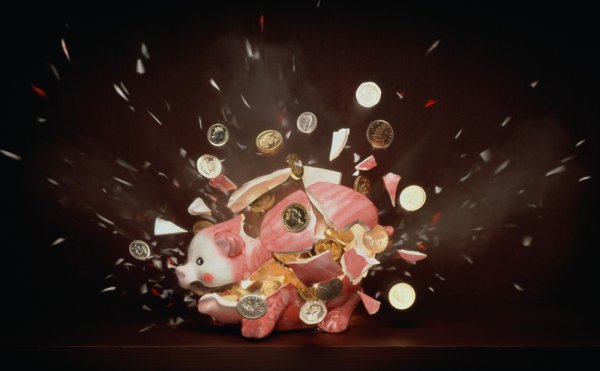 We've Been Asking All the Wrong Questions About Retirement
Next Up: Editor's Pick