Invasive Species: Not Always the Enemy

By some estimates, invasive species are the second-biggest threat to endangered animals and plants. Which is a problem, because invasions are on the rise, thanks to increasing global trade, climate change and habitat loss, all of which are turning the planet into a giant mixing bowl as invasive species spread across the globe. So it’s not surprising that many conservationists treat invasive species as enemy combatants in a biological war. The federal government spent $2.2 billion in 2012 trying to prevent, control and sometimes eradicate invasive species, in an effort that involved 13 different agencies and departments.

But un-mixing the global mixing bowl may be impossible—human activity has simply altered the planet too much. And as a new study in Science suggests, some invasive species have become so embedded in their environment that they could only be removed at great cost. Take them away and an ecosystem might collapse, in the same way that pulling a single thread can cause an entire tapestry to unravel.

Researchers from the University of California-Davis examined the relationship between the California Clapper Rail—an endangered bird found only in San Francisco Bay—and the invasive saltmarsh cordgrass hybrid Spartina. The Army Corps of Engineers originally introduced the grass Spartina alterniflora into San Francisco Bay in the mid-1970s in an effort to reclaim lost marshland. Unsurprisingly, though, the introduced species didn’t stay in its niche—it hybridized with native Spartina grass and began spreading, displacing the native Spartina and eventually invading more than 800 acres. That was a problem for the clapper rail, because the bird depended on the native Spartina as a habitat. So the Spartina casebecame a classic example of an invasive species causing trouble for an endangered native, which is why efforts began in 2005 to eradicate it. Those efforts were successful—more than 90% of the invasive Spartina has been removed, though the native plant has been slow to recover.

As an invasive species, though, the hybrid Spartina was still marked for death—the question was how to complete eradication of the plant without accidentally eradicating an endangered species as well. The Science researchers modeled out possible interventions and found that the best solution was to slow down the eradication of the invasives until the native plants could recover and the ecosystem could return to something like its natural state. The default reaction to invasives is to stamp them out whenever possible, but the Science study demonstrated that the collateral damage would simply be too great.

“Just thinking form a single-species standpoint doesn’t work,” said Alan Hastings, a UC Davis environmental science and policy professor and a co-author of the paper, in a statement. “The whole management system needs to take longer, and you need to have much more flexibility in the timing of budgetary expenditures over a longer time frame.”

This isn’t the only example of a conflict between eradicating an invasive species and protecting an endangered one that has come to depend on it. In the Southwest, a program to eradicate invasive Tamarisk was eventually scaled back when it was discovered that the tree provided a nesting habitat for the endangered Southern Willow fly-catcher bird. And as the pace of invasions around the world gains speed—and efforts to fight those invasions scale up—we can expect those conflicts to intensify.

That’s one reason why a small but growing number of wildlife ecologists have begun to question the wisdom of fighting an open-ended war against invasive species. In 2011, 19 ecologists co-authored an influential article in Nature arguing that we should judge species not by their origin, but by their impact on the environment. That piece produced serious pushback by mainstream ecologists accustomed to the eradication paradigm, but in a planet that has been so fundamentally remade by human beings—the ultimate invasive species—it’s clear that an all-out war can’t go on. “The planet is changing,” Mark Davis, a biologist at Macalester College and the lead author on the Nature article, told me not long ago. “If conservation is going to be relevant, it has to accept that.” 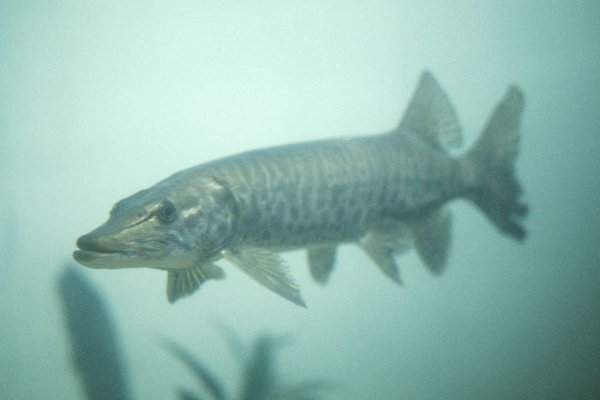 Muskies Are Mad for the Moon
Next Up: Editor's Pick