You Say Potato, Mrs. Obama. I Say, Please Stop Micromanaging Our Diets and Our Schools

If you’ve ever wondered just where the role of government ends and where the ability of adults to choose things for themselves and their children begins, don’t bother. The answer, at least according to First Lady Michelle Obama, is nowhere.

Marching under the banner of Science with a capital S, Obama believes the federal government should be able to tell you what to eat. Or, more precisely, not eat. At least if you’re poor enough to be on relief or if you’re remanded to the custody of a K-12 public school.

Writing in the New York Times, Obama warns that “right now, the House of Representatives is considering a bill to override science by mandating that white potatoes be included on the list of foods that women can purchase using WIC dollars.”

Don’t get the wrong idea, though. Obama agrees that “there is nothing wrong with potatoes.” It’s just that according to the Institute of Medicine (a.k.a. “science”), the “low-income women and their babies and toddlers” served by the WIC program would be better off if they chowed down on “nutrient-dense fruits and vegetables.”

When it comes to schoolkids, Obama is just as emphatic that decisions are best made in Washington, rather than in the countless cafeterias of the nation’s 100,000 public schools. Some House members, she writes, “want to make it optional, not mandatory, for schools to serve fruits and vegetables to our kids. They also want to allow more sodium and fewer whole grains than recommended into school lunches.”

The First Lady believes that the various programs she’s championed over the past few years (like Let’s Move!, which hectors kids to exercise) are producing “glimmers of progress” in the War on Fat People, especially among children ages 2 to 5. The fact is, however, that there is no clear link between any of the programs she promotes and the trends she applauds.

According to a new Centers for Disease Control study, the obesity rate among kids that age is 8%, down from 14% in 2003. That’s all well and good, but the authors caution that one year doesn’t make a trend, especially since that group makes up “a tiny fraction” of the population. Indeed, the same report also notes that obesity rates among Americans 19 years old and younger had already stopped climbing by 2003 and have been flat ever since, at about 17%. Other accounts suggest that youth obesity rates peaked even earlier, in 1999. Over the same general time frame, adult obesity rates have stayed steady, at around 30%. This all came after a tripling of rates between the 1970s and 1990s.

Obama is welcome to take credit for a general flattening of trends that began years before her husband became President. However, when she starts urging the federal government to limit individual choices and centralize control in the federal government, attention should be paid. “As parents, we always put our children’s interests first,” she writes. “We wake up every morning and go to bed every night worrying about their well-being and their futures.”

If she really believes that, then why not treat poor people with the same respect that we treat middle-class and upper-middle-class folks? If we’re going to supplement their incomes, why not give them a cash payment and let them figure out how to make the best use of it?

Similarly, if we can’t trust our schools to figure out how best to fill their students’ stomachs, why the hell are we forcing our children to attend such institutions in the first place? When is the last time you heard kids who attend schools of choice—whether private, religious or public charters (which enroll disproportionately high numbers of low-income students)—even mention food?

During the debate over Obamacare’s individual mandate, we had a fiery national conversation over whether the government could force you to buy broccoli. But even when the Supreme Court effectively said it could, nobody believed it could make you eat the stuff. That debate, it seems, took place in a simpler time. 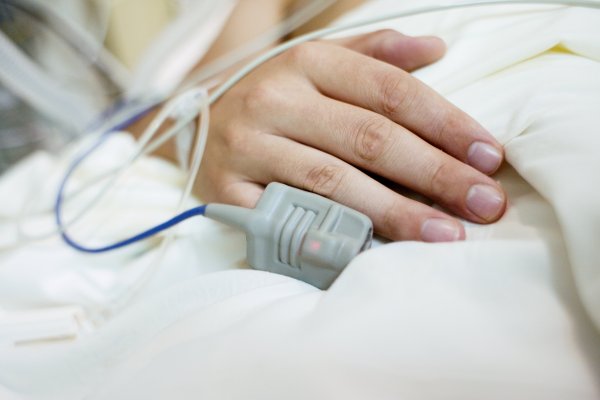 Why Your Doctor Probably Has a "Do Not Resuscitate" Order
Next Up: Editor's Pick