You have to be spoiled to play cute with disease—spoiled or, well, stupid. And today’s announcement from the Centers for Disease Control and Prevention that measles cases in the U.S. have hit record highs in the first five months of this year is a maddening example of both. I learned of the report in an especially striking way.

I returned this morning from a conference in Singapore where some of the most stimulating discussions were about global health — specifically, how to extend the preventive measures and treatments so easily available in the developed world to the harder-to-reach parts of the developing one. There were conversations about how wireless technology can be used to communicate between rural villages and urban hospitals, how new medicines can be fast-tracked from development to distribution and how cold chains can be created to keep vaccines viable as they make their way to the people who need them.

On my return to the U.S., I passed through the arrivals terminal at JFK Airport, where Rotary International is running a billboard campaign showing globally recognized figures—Bill Gates, Archbishop Desmond Tutu, Jackie Chan—posing with the legend “We Are This Close to Ending Polio.” To reinforce that point, each celebrity’s thumb and index finger frames the “this close” in a measuring gesture.

By the time I was in the taxi line, the CDC announcement was on my smartphone.

Make no mistake, the measles outbreak in the U.S. is an act of choice, of election, of a decision to get sick—or a decision by parents to put their children at risk. Fully 90% of the new cases are among people who are unvaccinated or whose vaccination status is unknown. And nearly all of those people are unvaccinated for personal, philosophical or religious reasons—as opposed to any medical condition that requires them to avoid vaccines. This is true too of recent outbreaks of mumps and whooping cough, and of the dangerously declining rate of vaccination in the U.S. overall. Nearly all of that folly can be blamed on the rumors and outright lies that continue to be spread about various conditions vaccines are said to cause—autism, ADHD, vaguely defined immune system disorders and on and on depending on which celebrity or health faddist is telling the tale.

Meantime, those polio campaigners? The ones who really, truly are this close to eradicating one of history’s most feared diseases? A lot of them are risking—and in some cases, losing—their lives to do their jobs. In the tribal areas of Pakistan, vaccine field workers are being attacked and killed by Taliban gunmen as they make their way on foot, into villages, with their crates of little vials that, with a few drops, can protect children for life from paralysis and death. And so other field workers take their place, some of whom will surely die too.

In one of the most telling asides in today’s CDC press release, Dr. Anne Schuchat, director of the National Center for Immunizations and Respiratory Diseases, commented on a paradoxical problem in diagnosing new outbreaks of measles. “Many U.S. health care providers have never seen or treated a patient with measles,” she said, “because of the nation’s robust vaccination efforts and our rapid response to outbreaks.”

That, in a phrase, is what spoiled looks like. Of course, you can bet any first year medical student could have spotted the disease a few decades ago—and the same was true with mumps and whooping cough and polio and smallpox and rubella and all of the other diseases that we don’t have to see anymore because we have, in this country at least, vaccinated them all but out of existence. What was true in the U.S. then is still true in the developing world, where those diseases and more still run riot.

The people in those countries would not play cute with disease. The people in those countries would not have the time for rumors and lies and celebrity dilettantes who take up the anti-vax cause because they’ve grown bored with the anti-carb or anti-gluten or pro-cleanse fads. Being this close to eliminating a disease is not the same as truly being done with it. That’s something all those new measles patients learned this year. And that’s something we’ll all have to keep learning until we wise up. 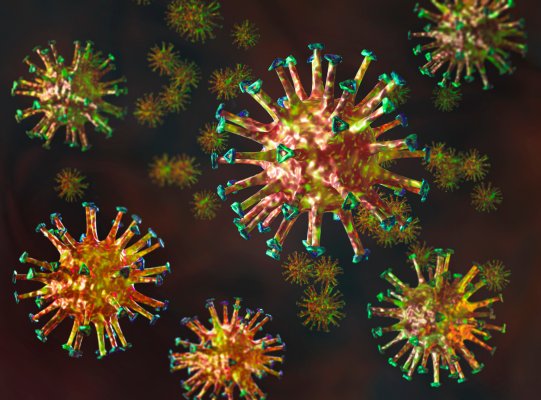 Two New Studies Show That the U.K. COVID-19 Virus Variant Is Not Linked to Severe Disease—But Questions Remain
Next Up: Editor's Pick