SpaceX CEO Elon Musk will unveil a brand new Dragon spacecraft, which will be responsible for ferrying astronauts to and from the International Space Station, on this livestream at 10 p.m. ET Thursday, May 29.

“SpaceX’s new Dragon V2 spacecraft is a next generation spacecraft designed to carry astronauts into space,” said SpaceX in an official statement.

NASA retired its fleet of shuttles in 2011. It has since been using Russian spacecraft to reach the ISS, paying Russia $71 million per person per trip. This puts NASA in a precarious situation as Russia could cease service at will — the country’s deputy prime minister, Dmitry Roxine, tweeted such a threat from his Twitter account in April, stating “After analyzing the sanctions against our space industry, I suggest to the USA to bring their astronauts to the International Space Station using a trampoline.” 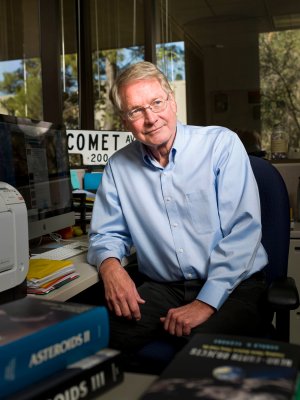 The Man Who Guards The Planet
Next Up: Editor's Pick