This is a satellite image of the Great Barrier Reef, Australia colllected on April 22, 2013.
DigitalGlobe—Getty Images
By Per Liljas

Researchers warn that climate change will cause irreversible damage to Australia’s Great Barrier Reef by 2030 unless immediate action is taken.

“This is not a hunch or alarmist rhetoric by green activists,” said University of Queensland reef researcher Ove Hoegh-Guldberg in the report, presented Thursday ahead of this month’s Earth Hour global climate change campaign. “It is the conclusion of the world’s most qualified coral reef experts.”

According to Hoegh-Guldberg, scientific consensus is that a two-degree increase in average global temperature relative to pre-industrial levels would spell the end for coral reefs. “But if the current trajectory of carbon pollution levels continues unchecked,” he says, “the world is on track for at least three degrees of warming.”

One of the most biodiverse places on the planet, the Great Barrier Reef is already at risk of having its status downgraded by UNESCO to “world heritage in danger.” The more than 2,000-km-long underwater expanse will be the focus of Australia’s Earth Day, April 29. 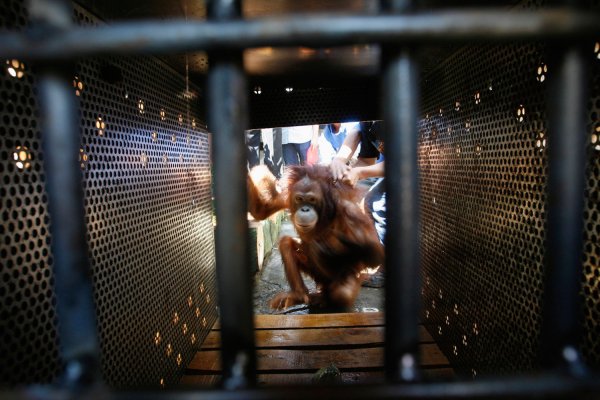 It's Official: Wildlife Traffickers Will Incur the Wrath of Allah
Next Up: Editor's Pick