5 States With the Absolute Toughest Unions

The percentage of American workers in unions remained effectively unchanged last year. This marks a departure from the nation’s long-term trend. In the past 30 years, union membership has dropped from 20.1% of the workforce in 1983 to 11.2% last year.

Despite this long running decline, some states remain union strongholds, while others have almost no union presence. In New York, Alaska and Hawaii, more than 22% of workers were union members last year. Conversely, in five states, less than 4% of all employees were union members.

A number of factors help determine whether unions have a significant or negligible presence in a state, including industry composition, labor laws and political atmosphere. Based on data collected by the Bureau of Labor Statistics and calculations by Unionstats.com, 24/7 Wall St. identified the states with the highest and lowest shares of workers who are union members.

However, according to an email from Unionstats founder Barry Hirsch, while these laws can weaken a union’s financial base, the impact may be smaller than some suggest. “Right to work is important symbolically as a sign of a pro-business [or] anti-union environment,” Hirsch added.

The number of union workers in a state depends in large part on the representation of government employees. Although the public sector is far smaller than the private sector in terms of total employment, public sector workers are far more likely to be members of a union. Nationwide, more than 35% of public sector employees — which include teachers, firefighters, police officers and postal workers — were union members last year.

In recent decades, the private sector has accounted for the majority of the decline in the union workforce, while the share of public sector workers in unions has remained relatively constant, Hirsch wrote. “Public sector members now account for half of all members despite being only [one-sixth] of the workforce,” he added.

In the past decade, the share of private sector workers in unions fell in all but a handful of states. From 2003 to 2013, the number of private sector union members dropped by more than 1 million, from just less than 8.5 million to 7.3 million. In the same time, manufacturing union membership slipped by 34%, from just under 2.2 million to 1.4 million.

In addition to sector composition, Hirsch also noted that history played a role in determining unionization rates. “States that historically had high unionization in manufacturing are now more likely to have high unionized hospitals and grocery stores, and vice-versa,” he explained. In turn, when young workers have not been exposed to unions through friends and family members, “these workers are far less likely to support union organizing.”

Based on figures published by Unionstats.com, an online union membership and coverage database, 24/7 Wall St. identified the states with the highest and lowest union membership as a percentage of total employment. The database, which analyzes Bureau of Labor Statistics’ (BLS) Current Population Survey, provides labor force numbers and union membership in both the public and private sector, including manufacturing and construction. Additionally, 24/7 Wall St. reviewed annual average unemployment rates for each state from the BLS, as well as income and poverty data from the 2012 American Community Survey, produced by the U.S. Census Bureau.

These are the states with the strongest unions:

More than 23% of Alaska’s relatively small workforce, or 70,692 workers, were union members in 2013, more than in any state except for New York. Additionally, more than one in 10 private sector workers were union members, among the higher rates in the nation. Unlike many highly unionized states, union membership increased in Alaska — by nearly 20% — between 2003 and 2013. This was the third largest increase in union members among all states. Membership across the nation, by contrast, fell by 8% over that time. Alaska residents had among the nation’s highest incomes as of 2012, when a typical household earning more than $67,000. Also, just slightly more than 10% of people lived below the poverty line that year, among the lowest in the country.

As is the case in many states with strong union membership, a large proportion of Hawaii’s manufacturing workers — 18.3% — were union members as of last year, more than in all but two other states. More than 32% of private construction workers were also union members, among the highest percentages nationwide in 2013. By many measures, Hawaii is a good place to work, with high median incomes and low unemployment helping to offset the state’s exceptionally high cost of living last year. A typical household made more than $66,000 in 2012, more than in all but a handful of states. And the unemployment rate was just 4.8% last year, also among the best rates.

Washington’s total employment rose by nearly 104,000 workers, or 3.6%, between 2012 and 2013, one of the highest increases in the country. Washington is one of the most unionized states in the private sector, with 11.7% of all employees union members. Nearly one-quarter of the state’s private construction workers were union members in 2013, among the highest in the country. Similarly, 24.2% of all manufacturing workers held union membership, the most in the nation. There were 52,000 fewer public sector employees in 2013 than in 2012, as the state continued to follow through on the budget cuts it initiated during the recession. Despite this, union membership in the public sector held steady, at more than 261,000 workers, or 57% of all public employees.

Like several other states with strong union presence, nearly two-thirds of Rhode Island’s public sector belonged to a union last year, second only to New York. Labor initiatives appear to be a recent priority for policy makers. The state raised its minimum wage to $8 an hour at the beginning of last year, affecting more than 10,000 workers at the time. Wages may increase even further if the labor union-backed legislation introduced in January is passed. The bill aims to increase the minimum wage to $10 per hour by 2016. While union membership may benefit many Rhode Island workers, high wages could potentially also limit new employment opportunities. Rhode Island’s unemployment rate of 9.5% last year was higher than that of any other state except for Nevada.

Visit 24/7 Wall St. to see the remaining states on the list. 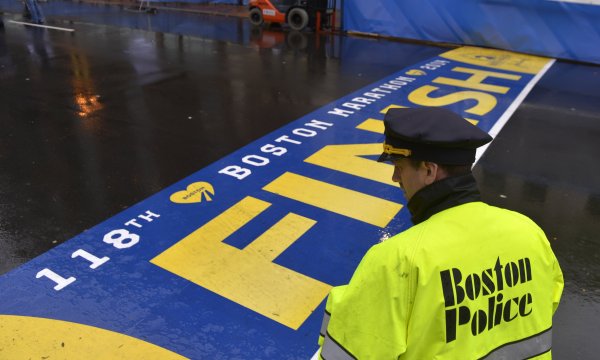