Snowpocalypse or Not, 2013 Was One of the Warmest Years on Record

It may not feel like it to snowbound residents in New York, but the climate is still warming.
TIMOTHY A. CLARY/AFP/Getty Images
By Bryan Walsh

As I write this, I can see snow falling heavier and heavier outside my office window in midtown Manhattan. Up to 14 inches (36 cm) are projected to accumulate by Wednesday morning, part of major winter storm that’s spreading from South Carolina to Maine. Temperatures are predicted to stay well below normal for the rest of the week, as we all remember what winter used to be like. In short, it’s going to be cold, snowy and brutal, and Americans might feel as if warm weather will never return.

But don’t worry—on a global climatic scale, the heat is still on. That’s the takeaway from the National Oceanic and Atmospheric Administration’s (NOAA) annual analysis of global climate data, which was released Tuesday. The red-hot numbers:

The NOAA report, coming out in the middle of a major snowstorm and during a U.S. winter that’s been marked by the polar vortex, is a reminder that climate isn’t about the day-to-day changes in the weather (Note: NASA came out with its own report on 2013, using a different calculating method than NOAA, and found 2013 to be slightly cooler, but still the seventh-warmest year on record). It’s about the very long-term, as Gavin Schmidt, the deputy director of NASA’s Goddard Institute for Space Studies in New York, said on a conference call with reporters Tuesday afternoon:

Not only is climate change a long-term phenomenon, it’s also a global one, though it’s easy to get lost in our weather. Case in point: the average temperature in the continental U.S. in December was 30.9 F (-0.6 C). That’s 2.0 F (1.1 C) below the 20th century average. That’s the 21st coldest winter on record for the U.S. You weren’t just a wimp—December really was chilly for much of the U.S.

But the globally the picture was very different. The worldwide average temperature in December was 55.15 F (12.84 C), which is 1.15 F (0.64 C) above the 20th century average. While the U.S. was shivering, on a global scale December 2013 was the third warmest December on record. That’s global warming.

And 2014, despite the snowy and chilly start in the U.S., could be even hotter. Scientists now say that an El Nino seems likely to develop later this year, which is likely to push temperatures up in 2014 and 2015, since El Nino years tend to be warmer. So enjoy the snow while you can—it will likely be a faint memory by time Americans are sweating in July. 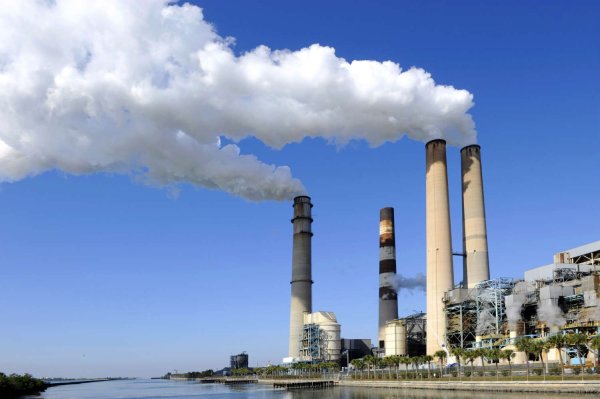 U.S. Carbon Emissions Climb for the First Time in Three Years
Next Up: Editor's Pick