Commuters at a train station in Seoul walk past a screen displaying the wanted poster for Yoo Byung-eun and others, on Monday, May 26, 2014.
Lee Jin-man—AP
By Per Liljas

The daughter of Yoo Byung-eun, the fugitive South Korean businessman wanted in connection with the April 16 Sewol ferry tragedy, appeared before a court in Paris on Wednesday.

French authorities detained Yoo Som-Na under an international arrest warrant for embezzlement, and they are expected to extradite her, Yonhap News Agency reports.

Korean police had earlier filed an Interpol “red notice” against Yoo Som-Na and her brother Yoo Hyuk-ki, who are believed to be involved in or controlling Chonghaejin Marine Co., the company that owned and operated the ill-fated ferry.

Chonghaejin allegedly ignored safety warnings ahead of the disaster, which claimed about 300 lives.

Warrants are still out for Som-Na’s father and brother. 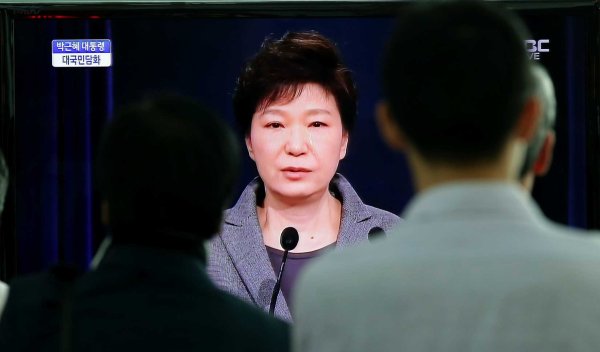