Review: Beats Music Focuses On What to Listen to Next

A year ago, audio hardware maker Beats — co-founded by Dr. Dre and legendary producer Jimmy Iovine — announced that it was going to launch a digital music subscription service. With all due respect, I haven’t been sitting at the edge of my seat waiting for it to show up.

After all, between Spotify, Rdio, Google Play All Access, Rhapsody and other contenders, the world already has a sizable selection of music services that provide on-demand listening to millions of tracks. Each one has its own personality, but in the grand scheme of things, they’re more alike than different. And they’re complemented by plenty of other ways to consume digital music, such as Pandora and iTunes Radio. With so much music already available, why get excited over yet one more contender, and a late arrival at that?

Beats Music — which incorporates some aspects of MOG, a music service Beats acquired in 2012 — finally debuts on Tuesday. In some ways, it’s very much like the existing subscription music services it hopes to compete with. It’s available in versions for Apple’s iOS devices, Android, Windows Phone and the web. It offers more than 20 million songs on demand, the ability to follow fellow users and other familiar elements. After a seven-day free trial, subscriptions that let you stream all the ad-free music you want or download it for offline listening are $10 a month — the same price as the other guys. (If you’re an AT&T wireless customer and have multiple music lovers in your household, you can opt for a $15 family plan, which lets up to five family members listen on a total of up to ten devices.)

And yet Beats Music doesn’t feel like another helping of exactly the same streaming-music recipe: It emphasizes the 20 million tracks less than it does its tools for helping you decide which one song you’ll listen to next. “Nobody has approached the problem of ‘What do I tune into?’,” says Ian Rogers, Beats Music’s CEO. “I don’t tune into local FM like I used to, but I do want to tune into something.”

(Among Rogers’ colleagues, besides Dre and Iovine: Nine Inch Nails’ Trent Reznor, who serves as chief creative officer. As with Beats headphones, Beats Music is playing up the notion that it has a better product because it’s being designed by musicians to please themselves.)

As with other services, you can search for any artist, album or song and listen or add it to your collection, but that feature sits in a pop-up menu which — oddly — isn’t even available on every screen in the app. (I tried the iPhone version.) Most of the interface is devoted to tools for finding songs you weren’t intentionally looking for, beginning with the offbeat sign-up process, which has you tap floating bubbles for genres and artists to give the service a broad sense of your musical tastes. Among other things, the app uses the results to help it compile “Just for You,” a section of music recommendations that’s updated at least four times a day.

Rather than relying on Pandora-style algorithms, Beats Music thinks it makes sense to have real human beings select tunes based on artist, genre and other factors. So once you’re up and running, much of the experience involves playlists selected by Beats Music staffers and outside curators such as Rolling Stone, Downbeat, XXL and Thrasher magazines.

When I first rummaged through these playlists, many of the ones I encountered were artist “Intros,” presumably designed for people who aren’t very familiar with the musicians in question, and featuring mostly their best-known, most archetypal songs. The very ones which, in the case of my favorite performers, I didn’t need anyone to tell me about. What I craved were recommendations beyond the painfully obvious.

And then I began to find them. One playlist included hip-hop songs that sampled the Doors. Another brought together jazz performances from South Africa. A third featured a bunch of songs I knew — including “River Deep, Mountain High,” “I’m a Believer,” “These Boots Are Made for Walkin'” and “Homeward Bound” — which all featured bass playing by Carol Kaye, a famed session musician who I’d somehow never learned about. It’s an addictive way to expand your musical horizons.

Another option, “The Sentence,” takes a Mad Libs approach to song discovery: You tap to construct a sentence such as “I’m at my computer & feel like going back in time with my inner child to vintage soul & funk” or “I’m in the shower & feel like taking a selfie with my BFF to sounds of the 70s,” and the app picks a playlist to match. I found myself ill-suited to judge this feature — my mood and activities don’t seem to have any bearing on my musical preferences — but maybe it’ll speak to you.

Overall, the focus on recommendations works: With Beats Music, you’ll never stare at your phone, overwhelmed by the sheer amount of choice and unsure what to do other than to listen to the same old comfortable stuff you already love. But do you run the risk of burning through all the service’s playlists? Rogers told me that if I came back to the app tomorrow, I’d encounter new lists with new songs: “We’ll have hundreds of expert-created playlists a month, across all genres.”

Beats Music is handsome, with an interface you swipe from side to side to reach new sections — an approach I normally associate with Windows Phone apps — and typography and photos that give it a glossy, magazine-like look. Certain aspects of the interface, however, don’t feel fully baked: Besides the aforementioned search feature that isn’t available everywhere, it’s strangely complicated to keep track of a curated playlist once you’ve found it. (You can fold one into a playlist you’ve created and named, or save individual songs, but I don’t see a way to simply add it to your collection with a tap or two.)

There also aren’t any personalized radio stations akin to Pandora or iTunes Radio. Given that those services and other similar ones already exist, it isn’t a particularly tragic omission. But the more time you spend in Beats Music, the more you might want radio to be part of the experience. And it would certainly fit in with the service’s mission of helping you figure out what to listen to next.

One of the best things about Beats Music is that its arrival is already cranking up the level of competition in the entire category. In moves whose timing surely had something to do with Beats’ imminent launch, for instance, both Spotify and Rdio have recently launched new ad-supported free offerings for tablets and smartphones. After the initial trial period, Beats is available only in a paid version; it’s catering to dedicated fans, not freebie hunters. But if you’re interested enough in digital music to spend $10 a month for it — which, if you’ll recall the era of paying $15 for a single CD, is a remarkable deal — Beats Music is a serious contender.

(For more on Beats Music, check out my colleague Isaac Guzman’s feature in our current dead-tree issue. Subscribers can also read it here.) 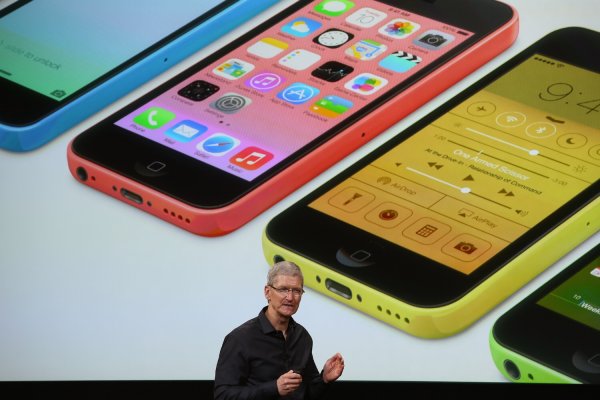