A lone gunman opened fire in the Jewish Museum in Brussels on Saturday, killing four people before slipping away down a back alley, past two security cameras. Despite the surveillance footage and the authorities’ claim that there are thousands of images to sift through, the perpetrator of the evident hate crime remains on the loose, leaving the Jewish population of Belgium on edge. Though armed guards have been appointed to protect the nation’s synagogues from another potential threat, many say that too little is being done to bring the killer to justice. 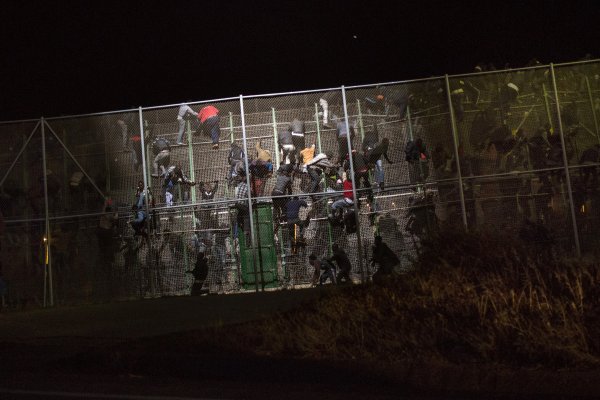 Hundreds of Migrants Hop Fence From Africa to Europe
Next Up: Editor's Pick