School Volunteering and Parental Pressure: One Mom's Unapologetic No

For me, having children was like being run over by a small, fast locomotive. I had, to my enduring surprise, three babies under the age of three. From the moment I woke up to the moment I fell asleep (note that I did not say, go to bed) I was doing something, and someone was an expert in why I was doing it wrong. Bottles or breast. Co-sleep or no sleep. Mozart on. Mozart off. Clean floor. Dirty floor. Pets. No pets. Shots or no shots. Too much holding. Not enough holding. Being was an exercise in inadequacy. And that was just the mothering bit. I was also working. Outside of the home, which means for money. Deadlines, conference calls in bathrooms, meetings, overdue reports.

When my children all began school, I foolishly thought that I would have more time. Instead, it introduced a new pressure: parental volunteering. I’d never had children in school, so when it came to anything related to this experience, I, mom-in-headlights, did it. Book fair? Yes! Fieldtrip? Yes! Bake sale? Yes! I felt like a skirted flip-book stick figure that someone else was maniacally flipping. I said ‘Yes” because saying “No” filled me with maternal guilt. And, I wasn’t alone. Everywhere I looked women were frantic, engaged in contrived activity, exhausted by work, vigilance and maternal frenzy. What I saw around me in schools were women, talented, energetic and smart, often creating inefficient systems to pass the day in an effort to make up for workplace systems that made it as hard as possible and financially irrational for them to work once they’d become mothers.

One day, I woke up and my hands were numb. Then my arms. It took six weeks and a slew of medical tests for doctors to tell me what I already knew – I did not have brain cancer. I had children and was tired.

Then came the Incident of the Corn Husk Dolls. Are you familiar with cornhusk dolls? They were a toy that Colonial children played with. One year, I volunteered to staff the cornhusk doll station at a school event where children and parents (read mothers, 95% of the volunteers), dressed in colonial garb, pretended to spend a day in Plymouth. I did not know that prior to the event I was supposed to buy an obscene amount of corn, husk it, and lay the husks out to dry on my nonexistent lawn so that the children could have an “authentic experience.” I suggested that we should, children and adults alike, drink the colonial equivalent of beer all day, but this idea, sadly, met with failure. After many panic-stricken phone calls and emails about cornhusks from frantic mothers, I ordered, for the ridiculously low cost of $30, 3,000 husks and delivered them to the school, with a note that no other woman should have to think about this for several years.

Of course the scenarios I’m describing are reflexively associated with affluent, mainly white upper middle class women, and, it may be that this school is more gender imbalanced then most. However, a 2013 Bureau of Labor Statistics study revealed that, regardless of age, education or race, women volunteer more than their male demographic peers. (Volunteer rates for women and men are 23.2% and 29.5% respectively.) Schools benefit hugely from the unpaid labor of mothers – most of whom, today, don’t have the luxury of not needing jobs. The pressure to donate unpaid labor at schools is inextricably entwined with ideas about mothering and work. Every time volunteer cultures are gender imbalanced it is almost certainly a symptom of women’s work being taken for granted, invisible and unpaid. The “maternal labor” credit that gets applied to school budgets feeds into a lifetime of sex-based wealth and wage gaps and sex segregation in the workforce.

I know volunteerism is a kindness without which much that is necessary would not happen. It brings diverse people together for the common good and is vitally important. Communities, and individuals, benefit tremendously from this work. This is not to denigrate the real societal good of volunteering, which is not, per se, a problem. Additionally, value is calculated in many ways, not through financial compensation. I, for example, publish articles in the Huffington Post – and don’t get paid to do it. That may seem hypocritical, but to me, the compensation I receive is an audience, an asset that has value. And that is true regardless of whether or not I am a mother or a woman.

School volunteering is part of “good mother” mythologies that reinforce ideas about gender, sexuality, ideal workers and complementary roles for men and women. Additionally, because of our economic and social realities, volunteer demands also contribute to subtle race and class divides in school communities.

When I stopped volunteering at schools, I explained this to friends and to my children, who could not care less if I painted stage sets, or bought bake sale items instead of making them. I found other ways to contribute to communities that we belong to. Equally important, I learned to say no, politely, but unapologetically. 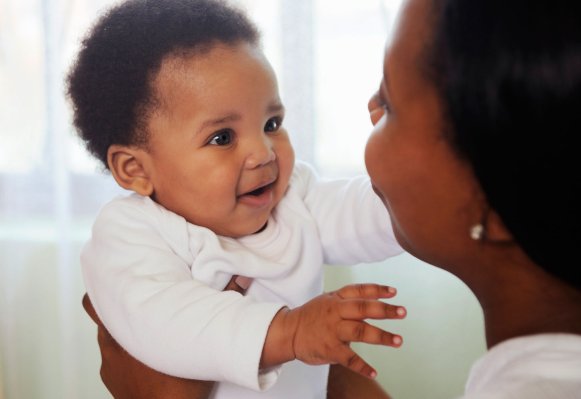 The Impossibility of The Good Black Mother
Next Up: Editor's Pick