President Barack Obama called the Senate’s failure to confirm Debo Adegbile as the head of the Department of Justice’s Civil Rights division a “travesty” on Wednesday.

With a final tally 47-52, the Senate successfully blocked a vote on the confirmation of the former NAACP attorney in a procedural vote—even with Vice President Joe Biden on hand to provide a tie-breaking vote. He was the first Obama nominee rejected under new Senate rules forbidding the use of the filibuster on most presidential nominees.

His nomination was controversial with law enforcement leaders and conservatives due to his involvement in the case of Mumia Abu-Jamal, who was convicted and sentenced to death in 1981 for killing a Philadelphia police officer. As a legal counsel at the NAACP Legal Defense Fund, which won Abu-Jamal a reversal on the death sentence, Adegbile represented him after the death sentence was reversed.

Obama blamed “wildly unfair character attacks” on Adegbile’s failure to win nomination. “As a lawyer, Mr. Adegbile has played by the rules. And now, Washington politics have used the rules against him. The fact that his nomination was defeated solely based on his legal representation of a defendant runs contrary to a fundamental principle of our system of justice – and those who voted against his nomination denied the American people an outstanding public servant.”

The Washington Post reports eight Democrats joined with Republicans to oppose Adegbile, including Pennsylvania Sen. Bob Casey. Senate majority leader Harry Reid switched his vote to a ‘no’ when it seemed likely votes would fall short, to ensure he can bring the vote to the Senate floor again.

Reid defended Adegbile in a statement Wednesday, praising him for standing up for all American’s constitutional rights. He noted that as the son of Irish and Nigerian immigrants, Adegbile personifies the American dream. “Despite all this nominee has achieved,” Reid said. “Republicans have not given this good man a fair shot at confirmation.”

Attorney General Eric Holder said, “He deserved to have his nomination considered wholly on the merits. His record was either misunderstood, or intentionally misrepresented for the sake of politics.” 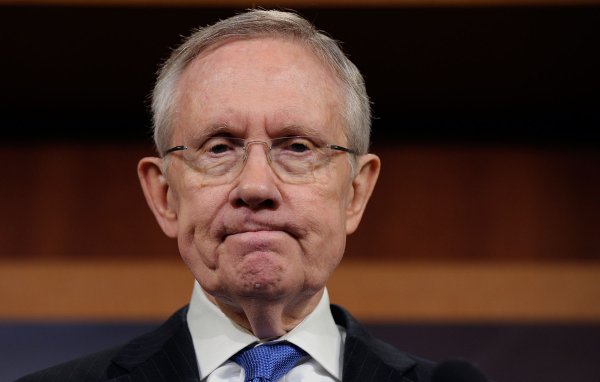 Democrats Turn Up the Heat on Obama
Next Up: Editor's Pick