Batman: Arkham Knight Is Going to Be All About the Batmobile

When I think Batman, I don’t think Batmobile, unless I’m thinking about the silly-looking Adam West thingamajig, or the slick, overwrought version Tim Burton cobbled together back in 1989, and that Chevy basically used to hype its Chevy Impala for ages (alright, I admit I loved it when I was 17).

So when Sefton Hill, Rocksteady’s director of the just-unveiled new Batman Arkham game, says that the game’s pièce de résistance is Batman’s ride, I’m a little nervous, because like I said: not what I think about when I think about Batman.

But I am sold on Rocksteady doing more Batman games, because where the studio created something terrific and daring with its 2009 bolt-from-the-blue, Batman: Arkham Asylum, it elevated the series to masterfulness with Batman: Arkham City — one of the best games, superhero or otherwise, I’ve ever played.

Judging from Game Informer‘s overview, it sounds like the new game, dubbed Arkham Knight, takes place a year after Arkham City‘s events. Rocksteady says it wanted to do a next-gen version for its third (and apparently final) Arkham outing, so it outsourced Batman: Arkham Origins for last-gen platforms to keep the series rolling for commercial reasons, rolled up its sleeves, and got to work on Arkham Knight — ostensibly the conclusion of what Rocksteady’s now calling its Arkham trilogy.

Let’s talk metrics. According to Game Informer, Arkham Knight‘s sandbox play-space, still situated in Gotham City as you’d expect, is “five times” the size of Arkham City‘s map. Rocksteady adds, however, that the focus is on making that play-space more detailed. The days of slipping into a deli in the middle of nowhere and striking up an arbitrary, procedurally generated conversation with a contextually-aware but otherwise game-irrelevant A.I. shop owner, say about recent events in the neighborhood for whimsy’s sake, are probably decades away, but it’s nice to see a developer working to flush out the usual prettified facades.

What else. The game is single-player only (thank goodness). The game’s cutscenes and gameplay are of a piece now: the PlayStation 4 and Xbox One are powerful enough to keep everything seamlessly in-engine. Kevin Conroy is back as the voice of Batman (though I thought Roger Craig Smith did a fine job in Arkham Origins, and would have welcomed him back here). And it sounds like you can use certain gadgets, say throwing out zip lines, more dynamically, instead of looking for narrowly defined usage zones.

Combat’s been diversified, but not further complicated, so think alternative maneuvers, not fussier mechanics. And there’s the Batmobile, which sounds like Rocksteady’s making a noir version of Car Wars: vehicle use is for much more than city traversal, up to and including locking onto and lobbing missiles at enemy vehicles.

As for your nemesis this round, it won’t be the Joker. That’s my takeaway, anyway, and thank goodness. That story and character have played out in this timeline. If you’re reading this Rocksteady — and minor spoilers ahead if you haven’t played Arkham City — if you reanimate the Joker’s corpse, or play it all off as a trick, Sherlock-style, I’ll be very unhappy. Fingers crossed the shadowy Bat-like character silhouetted in the Game Informer piece really is someone new, as claimed, and not just a story stunt involving Joker clone cells and Days of Our Lives-caliber shenanigans.

Arkham Knight is due for PlayStation 4, Windows and Xbox One on October 14. 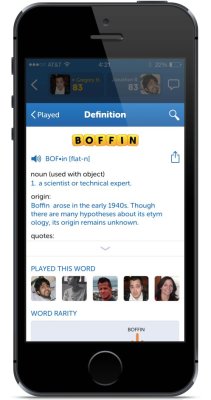 Zynga Wants You Back with New Farmville, Words With Friends and Poker
Next Up: Editor's Pick