First, Jeopardy! champions Ken Jennings and Ben Rutter got served by Watson, the IBM supercomputer. Now, Watson is serving up dishes from a food truck as part of a new partnership with the Institute of Culinary Education in New York, NPR reports.

The supercomputer made its debut as a chef at a Las Vegas tech conference last week, and so far has produced gourmet, fusion fare like a Swiss-Thai asparagus quiche, an Austrian chocolate burrito, and a pork belly moussaka.

Named after IBM founder Thomas J. Watson, the supercomputer comes up with creative meals based on a series of algorithms, according to the company’s website:

(MORE: Watson’s path to profits is anything but elementary)

IBM hopes Watson will become a lucrative revenue stream, TIME recently reported, after the company’s sales fell for seven straight quarters and its stock price dropped — arguably due to changes within the technology industry and the larger shift from PCs and printers toward software and services. “Cloud computing” is now a formidable competitor, and IBM executives have “projected” that Watson, which operates in the cloud, will generate $1 billion in revenue by 2018, the Wall Street Journal reports.

However, three years after its Jeopardy! debut, the supercomputer has only produced $100 million, according to the newspaper. So at the beginning of 2014, “IBM announced that it will invest more than $1 billion into the Watson Group, including $100 million for venture investments to support start-ups and businesses that are building a new class of applications powered by Watson,” TIME reported.

The food truck will be at SXSW, the music and tech festival in Austin, Texas, from March 7 to 11. 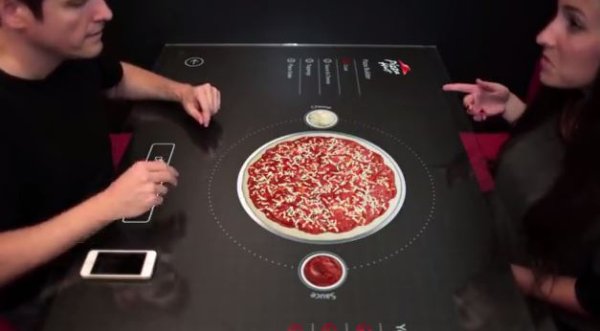