Before The Good Ship Lollipop, Shirley Temple Did 'Baby Burlesks'

Even the dignified movie-star-turned-stateswoman Shirley Temple had some embarrassing old videos. Before she made her big Hollywood debut in 1934, at the age of 5, she starred in “Baby Burlesks,” a very odd short film series that featured a bunch of toddlers in diapers acting out creepily grown-up plots. In them, Shirley does stuff like trade kisses for lollipops and says things like “I’m expensive.” She also responds when a soldier in a diaper calls her “baby,” and she definitely is one.

Temple passed away Monday night of natural causes at the age of 85. As we look back at her incredible career as a child actress in classics like Bright Eyes and Little Miss Broadway, let’s not forget the cute-but-spooky toddler versions of grownup movies that launched her career–and which she later condemned. The “Baby Burlesks” were “a cynical exploitation of our childish innocence,” she wrote in her autobiography, Child Star, adding that they “occasionally were racist and sexist.”

Temple was right. These films are like Toddlers in Tiaras, but way more offensive and without the moms.

In “War Babies,” from 1932, 3-year old Temple gets her first speaking role as an exotic dancer in a bar for soldiers, where she wiggles around in a little off-the-shoulder number, ogled by shirtless toddlers playing “army men” with big safety pins in their diapers. Two soldiers give her lollipops, so of course she’s cheating on one of them with the other (they both call her “baby,” she calls her main guy “mon cher Capitan.”) She also gets her first onscreen kiss before she turns 5.

To whomever played “mon cher Capitan,” your performance was a tour-de-force.

There’s also “Polly Tix in Washington,” which four-year old Shirley Temple seems to be playing some kind of prostitute/mistress to a “Senator,” also played by a pre-schooler. Still no shirts for the boys, but this time we get big hats and capes for the Senators. Diapers must’ve been big with government officials around that time. When we first meet Shirley, she is wearing a little bra and filing her nails when she gets a phone call from a top-hat wearing toddler telling her to go seduce a Senator to “get him to work.” She walks in and greets the senator draped in pearls saying she’s been sent to “entertain” him.

Check out Shirley starting at 3:00:

As far as we can tell, these videos might be the craziest thing this child star ever did–and then she went on to lead a well-adjusted and service-oriented life. 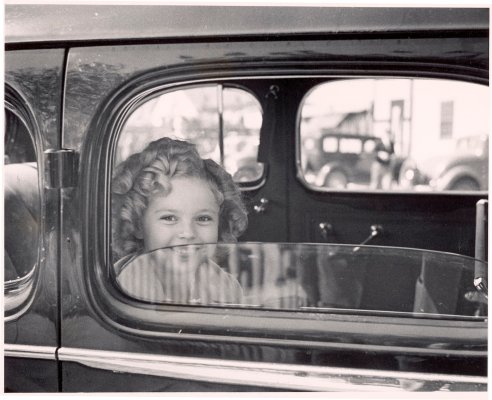 Inside the Shirley Temple: How Did the Mocktail Get Its Name?
Next Up: Editor's Pick