Democrats Might Just Be Hypocrites In the 'War on Women'

Lie down with the Big Dog, get up with fleas; that’s Rand Paul’s rhetorical antidote to the liberal “War on Women” rallying cry.

The Kentucky Republican keeps complaining that Bill Clinton’s handsy history makes him a hypocritical ambassador for a Democratic party that counts on women’s issues to give it a political edge. Paul amped up his criticism on the eve of Clinton’s visit to Kentucky on Tuesday to campaign for a Democratic senatorial candidate. If Paul’s attempts to revive Clinton’s unsavory past gain traction, this tactic could become part of an “I’m rubber, you’re glue” media strategy for a party looking to undermine the idea that Republicans are the ones with a “woman problem.” And unlike other bumbling GOP attempts to poach the Democratic female base, Paul may actually have a good point.

His most recent barb is aimed at the young Democratic woman who is challenging Paul’s fellow Kentucky Republican Mitch McConnell for his Senate seat. Alison Lundergan Grimes is the energetic 35-year old Kentucky Secretary of State, McConnell is an old white guy with flaccid approval ratings. And as the Senate minority leader for the GOP, he struggles not to be tarnished by his party’s sexist gaffes.

It seems like Grimes would be have obvious appeal to women, but Paul slammed her on Morning Joe Monday for inviting Bill Clinton to join her at a campaign event Tuesday, citing the former president’s history of what he called “workplace violence.” “If the president of your network had relations with a 20-year-old girl who was there from college, I think the president of your network would be fired,” he told NBC’s Kasie Hunt. “So if that’s what Bill Clinton did multiple times, really they ought to be concerned about being associated with him.”

It’s a local race that may have national resonance if Paul can gain traction for the only semi-lucid argument the Republicans have made against Democrats when it comes to women. Most conservatives have fumbled their attempts to make inroads with women; in a speech last month about the GOP’s “war for women,” Mike Huckabee tried to court female voters by saying the government shouldn’t buy them birth control just because they can’t “control their libido.” The GOP knows that eroding female support for Democrats is key to winning the midterms and the presidency. Obama won women by 12 points in 2012, the largest gender gap in the history of the Gallup poll.

Democrats have fueled the disparity by skewering Republicans for supporting conservatives like Huckabee, Todd Akin and Richard Mourdock after they made sexist and insensitive remarks, but one of the brightest stars in the Democratic sky once used the Presidency to take advantage of a 22-year White House intern. If the “War on Women” is about spreading guilt by association, then Democrats might be dirtier than they are willing to admit.

This isn’t the first time Paul has slammed Democrats over ties with the notoriously lusty former President. He complained to the New York Times’s Maureen Dowd about the Democratic “hypocrisy” that allows the party to keep using the remarkable fundraising skills of “a person who seems in some ways to have his own private war on women.”

“If they want to take a position on women’s rights, by all means do,” he said earlier this month on C-SPAN’s Newsmakers, “but you can’t do it and take it from a guy who was using his position of authority to take advantage of young women in the work place.”

Grimes herself told Morning Joe on Monday she didn’t want Obama to represent her on the campaign trail, because “I stand in stark contrast to the President in many of his ideas and platforms,” in a nod to Obama’s recent unpopularity. But she’s thrilled to appear with Clinton on Feb. 25th, who’s 70% approval rating is much higher than the President’s, according to Gallup.

To be fair, Clinton has a stellar record on reproductive rights (the main battlefield of the “War,”) he’s a big supporter of female candidates, and he is married to the woman who is practically the alpha and omega of the feminist movement. And while his affair with Monica Lewinsky was certainly an inappropriate abuse of power, Lewinsky has repeatedly said that their relationship was consensual, she was not harassed, and that she didn’t necessarily regret the affair with the President, just the way it blew up. Nobody forced her to flash her thong. Or, as Gloria Steinem put it in a 1998 New York Times op-ed on the subject, “No means no; yes means yes.”

But Paul’s argument gains momentum when you consider earlier instances of Clinton’s sexual misconduct, like Paula Jones’s $850,000 harassment settlement or the alleged rape of Juanita Broaddrick before Clinton became Governor of Arkansas. And while his affair with Lewinsky may have been consensual, he was her boss and executives have been fired for less, as Rand pointed out. Just ask the former CEOs of Best Buy and Boeing who were forced to resign over affairs with female subordinates. Clinton was impeached, but not removed from office, and Paul seems to think that wasn’t punishment enough.

So is Rand Paul right, are Democrats hypocrites for using Clinton to campaign on women’s rights? Do Clinton’s politics excuse his personal proclivities?

Republican political careers have imploded over far less fraught incidents with women. The GOP isn’t trotting out Mark Sanford or David Vitter on the campaign trail after their extramarital affairs (they’re both still politically active, but hardly embraced as a public face of the party.)

Then again, Clinton’s charisma and his fundraising ability are crucial for maintaining reproductive freedoms and other women’s issues on the Democratic agenda. Keeping him in the backseat is not the answer—he’s too valuable of an asset, and his political clout can help millions of American women in tangible ways. A powerful advocate with a checkered sexual past is better for women than an anti-choice evangelical with a squeaky married life.

But Rand Paul isn’t letting up, and his accusations may make it harder for Democrats to tarnish the whole GOP because of a few gaffe-prone colleagues. And if other Republicans pick up his refrain, the hypocrisy charge has the potential to neutralize the effectiveness of the “War on Women” rhetoric and create a big chink in the Democratic armor. Older voters may be bored with the anti-Clinton spiel after the media blitz of the late 1990s, but coveted younger voters may not be so quick to dismiss the decades-old scandals, especially in a new social media climate that is hyper-conscious of the rights of sexual accusers. Young voters, who tend to be more idealistic and more prone to internet outrage, might not remember the Starr Report with the same exhaustion as their parents. And if more Republicans jump on Rand’s bandwagon, it could bode poorly for Democrats in the midterms and in 2016. 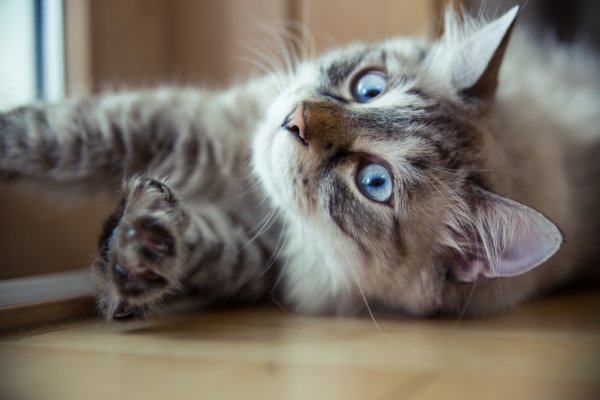 It's True: Liberals Like Cats More Than Conservatives Do
Next Up: Editor's Pick