H&R Block Is Calling All Hipsters to Do Their Taxes

Those darn hipsters, with their artisanal toothpicks and thick glasses and ironic tax returns. Believe it or not, H&R Block is trying to attach that last trait to the hipster stereotype. The tax preparation company has declared a Hipster Tax Crisis and launched a satirical website to help young people figure out how to file their taxes in “non-ironic” ways. The campaign aims to raise awareness of the company among Millennials during tax season through a mix of humor, charitable giving and, of course, a substantial social media push.

“Most Millennials have already done their taxes,” says Jerod Laughlin, H&R Block’s vice president for interactive marketing and media. “This campaign is not about necessarily trying to sell them or get them to do their taxes now. It’s about engaging with them around taxes and trying to make the subject matter a little bit more fun than the downer that it is.”

The website, www.hipstertaxcrisis.com, offers a variety of ways for people to embrace their inner hipster. ESPN personality Kenny Mayne stars in a series of videos where he offers “hipster group therapy” to a bunch of twentysomethings played by the Upright Citizens Brigade comedy troupe. A series mock e-cards offer advice for filing a proper return, such as, “Tax professionals recommend against Instagramming your 1099 forms.” People can also “hipsterize” their pictures by adding thick beards, curly mustaches and other Millennial mainstays with an online photo editor. The marketing campaign will culminate with an April event dubbed “The Irony Games” in Seattle, which fill feature awards like Best in Skinny Jeans and Hipster of the Year.

While H&R Block has a separate television campaign right now aimed at a broad audience, the hipster marketing is online only. Executives say that’s the the best place to target Millennials. “The younger generation is every bit as savvy at doing their taxes,” says Kevin Cobb, senior marketing manager for social media. “They’re just a little bit harder to reach and to talk to about them at times.”

H&R Block is adding a charitable component to incentivize participation. The company has promised to make a donation to Covenant House, a charity for homeless youth, each time a piece of content is shared from the Hipster Tax Crisis website. Cobb says that people are more likely to engage with a social media campaign that also aims to “drive some greater good.”

Though twentysomethings in faded plaid and oversized toboggans are a pretty common sight in ads these days, marketers often avoid the word “hipster.” It’s a term that has come to be viewed as a catch-all to categorize young people and sometimes incites anger when used to cast Millennials as lazy or self-involved. A 2012 billboard campaign in Vancouver that declared “Hipster is not a real job” was controversial among area college students. H&R officials say their campaign isn’t meant to mock young people but instead poke fun at the overly broad use of the hipster stereotype. “The thought of a hipster has really just become in an of itself its own meme,” Laughlin says. “It gives us this opportunity to pull back, recognize these traits in ourselves and laugh at them.”

H&R Block, of course, has great interest in hooking a new generation into using its tax preparation services. The number of people filing tax returns through a paid preparer has fallen by more than two million since 2008, according to the IRS. More people are switching to do-it-yourself tax software like TurboTax and online tools. Getting hip to the times is pretty essential for the country’s largest tax services provider. 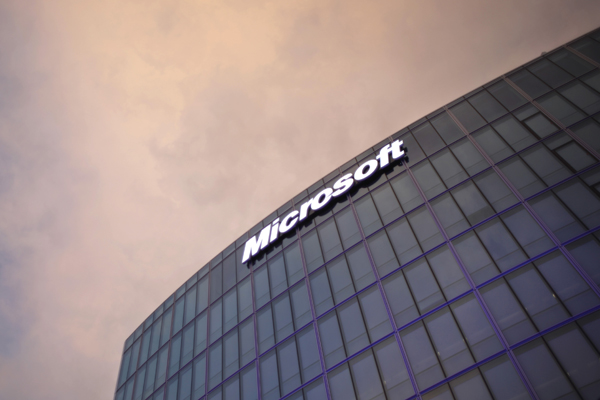 The Creator of ‘Scroogled’ Gets a New Job at Microsoft
Next Up: Editor's Pick