Jesse Eisenberg attends the European premiere of his film 'The Double' during the London Film Festival in central London on October 12, 2013.
Ben Stansall—AFP/Getty Images
By Megan Gibson / London

Remember when it was announced that The Social Network star Jesse Eisenberg would be playing Lex Luthor in the upcoming Superman vs Batman film and the internet exploded? Zack Snyder sure does.

In an interview with the Los Angeles Times, the Man of Steel director defended his casting choice for the upcoming sequel, saying, “I think Jesse is going to be an amazing Lex. Let’s not forget he was nominated for an Academy Award. It’s not like I just grabbed my friend to play the guy! This guy’s the real deal.”

When it comes to fans complaining about the upcoming film’s stars, Snyder, who previously took flack for casting Ben Affleck as Batman and Fast & Furious actress Gal Gadot as Wonder Woman, said that people need to “just stop it!”

“We know the material,” Snyder continued. “Unfortunately, the fans don’t know the material. So, we’re casting according to what’s happening in the script. And we’re hoping that leads to enough originality, enough perspective on what we’re doing that you get something fresh and exciting. I understand the canon. I’m not crazy. I know what these characters need from a mythological standpoint.”

Thankfully, so far no one seems to have a problem with Henry Cavill reprising his role as Superman. Then again, why would you? 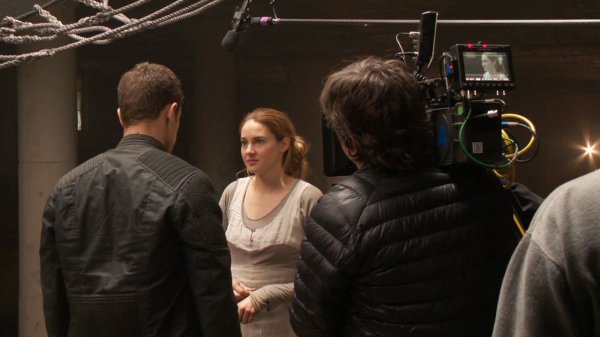 Go Behind the Scenes of Divergent With Shailene Woodley
Next Up: Editor's Pick