A record percentage of Americans now say they support same-sex marriage, according to a new Washington Post-ABC News poll.

The poll showed that a record-high 59 percent of Americans say they support same-sex marriage, while 34 percent are opposed. Those figures are a reversal from just ten years ago, when the same poll showed in March 2004 that 38 percent of Americans said same-sex marriage should be legal, and 59 percent said it should not be, the Washington Post reports.

Moreover, half of all Americans believe that gay men and lesbians have a constitutional right to marry, while just 41 percent said they do not.

A strong majority of Americans are opposed to legislative proposals that would allow businesses to refuse to serve gays on religious grounds, with seven out of 10 opposing bills like the one vetoed by Gov. Jan Brewer in Arizona last week. 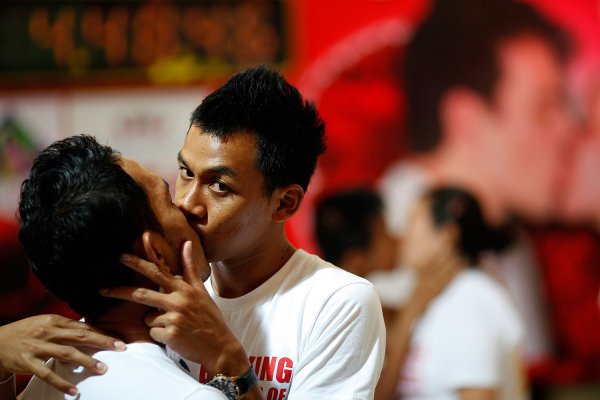 Thailand’s Intolerance of Its Own LGBT Community Will Surprise You
Next Up: Editor's Pick