Exterior view of the Veterans Affairs Medical Center on May 8, 2014 in Phoenix, Arizona.
Christian Petersen—Getty Images
By Dan Kedmey

Some 1,700 veterans waiting for an appointment at Veteran Affairs clinics across Phoenix, Ariz. were nowhere to be found in the system’s official wait list, federal investigators reported on Wednesday.

Investigators for the Veteran Affairs Office of Inspector General said they had found initial evidence of “inappropriate scheduling practices” in the Phoenix Health Care System, which had led to “significant delays in access to care.”

Acting inspector general Richard Griffin confirmed in the report that the omission of so many names from Phoenix’s official wait list meant that leaders greatly understated the time patients were likely to wait for their primary care appointment.

Whistleblowers have accused the Phoenix staff of deliberately omitting patients from wait lists and putting them on “secret lists”, delaying urgent treatments that could have saved several veterans’ lives. The report concedes that a “convoluted scheduling process” led to multiple lists of veterans that might explain the allegations of “secret lists,” and said it would review death certificates, medical records and autopsy results to determine whether any veterans had died while waiting for care.

Allegations of delayed care and “secret” wait lists have led to calls for Secretary of Veteran Affairs Eric Shinseki’s resignation and prompted a sweeping investigation of Veteran Affairs facilities across the country. Shinseki called the interim report’s findings “reprehensible” and pledged swift action, but the head of the House Veterans Affairs Committee issued a fresh call for his resignation after the report’s release.

Investigators cautioned that the preliminary findings had not established intent behind the missing names, nor had they proven that the absence of names led to actual delays in treatment. They also noted that Phoenix was not alone in its administrative troubles, adding that a nationwide review of medical facilities “confirmed that inappropriate scheduling practices are systemic throughout VHA.”

Investigators said they would continue to comb through 550,000 emails and documents obtained from the clinic and interview staffers ranging from clerks to senior managers, before drawing any conclusions about the allegations. 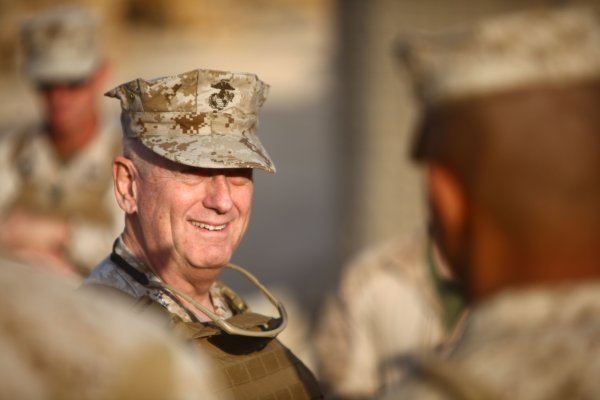 Who Cares About Shinseki? Let's Focus on Understanding Vets
Next Up: Editor's Pick