Actor Alec Baldwin shoves a photographer and tells him to move out of his way after he arrived at his home in New York on November 15, 2013.
Carlo Allegri—Reuters

Let me be the first to welcome you to the great state of California.

I know you haven’t arrived yet. But, in a piece published in New York magazine that made headlines across the country, you made it plain that after years of being terrorized by Manhattan’s media and increasingly nosy public, you’re done with living and working in New York City, where you were once so popular that you toyed with running for mayor. Your next destination: Los Angeles, where you believe you can be free to be yourself.

“I just can’t live in New York anymore,” you wrote. “Everything I hated about L.A. I’m beginning to crave. L.A. is a place where you live behind a gate, you get in a car, your interaction with the public is minimal. I used to hate that. But New York has changed.”

Your moving to Los Angeles would certainly be good for us. All Californians would benefit from another rich person out here paying those higher Proposition 30 temporary rates on income taxes. And, given your political ambitions, your presence in Los Angeles would also be welcome, if only because it might light a fire under our overly understated new mayor, Eric Garcetti.

But I’m concerned that, as much as we’d love to have you, L.A. might not be the best fit for you.

You’ve lived in New York since 1979, so it makes sense that you don’t know that this is no longer Annie Hall’s Los Angeles. In fact, L.A. in 2014 is a lot more like New York than we would care to admit.

If you are truly looking to retreat from public life, as you say in your piece, L.A. may not be the best place to do it. The city is becoming considerably more dense (particularly on the Westside, where you Hollywood types hang out) and more connected (via new rail and subway lines). L.A.’s economy is less about going off by yourself to write or invent something and much more about constant collaboration and exchange: design and international trade are crucial industries here.

And your notion of L.A. as a place where people stay inside their homes? It’s outdated. The homeownership rate in the county is now just 47 percent, compared to 56 percent for the state of California and 65 percent nationally. More people in the city of L.A. (54 percent) are living in multi-unit buildings than in houses.

You wrote that you and your young wife had a child last year. So did my wife and I—our third. And while your piece seems to suggest L.A. is a great place to raise a kid (“I want my newest child to have as normal and decent a life as I can provide,” you wrote), many Angelenos disagree. Indeed, the number of children under age 10 in L.A. County declined by 17 percent in the last decade. The costs of education and housing, and the difficulties of commuting here, have defeated many a young family.

Your wealth may protect you from those pressures, but it can’t protect you from the fact that many of the things that are driving you from New York are all too present in L.A. “Everyone has a camera in their pocket,” you wrote, in describing how professional photographers and regular citizens alike invade your space and privacy. News flash: We’re also known to carry cameras around here, though I must say in our defense that the beautiful sunshine and purplish light of Southern California can make an aging movie star look 10 years younger in cell phone photos.

You also railed against TMZ, the actor Shia LaBeouf, sanctimonious gay media figures, back-stabbers, and incurious TV executives who don’t have a scrap of paper on their desks. I am sad to report that, despite our best efforts, you may find these scourges in the City of Angels. And while you may think you can escape it all by moving into some compound up in the hills, the last person who tried that—a young musician named Justin Bieber—came under such attack from tabloids and neighbors that he’s fleeing to Atlanta.

You made it clear that you want to be fawned over. You wrote that in the past, “New York was my town. I’ve had people come up to me and say, ‘You’re a great New Yorker.’” But in L.A., there are too many celebrities and too little time to fawn. Maybe you think you could run successfully for office here, considering that you’re a Democrat coming to a Democratic state, and that California has a history of electing movie stars. But the movie stars we elect are Republicans, and the last guy left the governorship so unpopular that it might be another decade before we entertain another Hollywood politician.

Just because you’re not right for L.A. doesn’t mean that you’re wrong for California. As I was thinking about your predicament, I was reminded that there is a place where a celebrity such as yourself could be fawned over and embraced—but also left alone.

Have you thought about Silicon Valley?

The nerds up north would absolutely adore you. Google and Facebook host a stream of celebrity visitors big enough to solve the drought. Valley venture capitalists have thrown money at celebrity entrepreneurs like MC Hammer and Jessica Alba. I’d bet Kleiner Perkins, the revered venture capital firm with a weakness for big names (Al Gore, Colin Powell), would find a role for you. Remember: Silicon Valley folks have touted Ashton Kutcher as a tech guru; imagine how warmly they might welcome someone like you, who can actually act.

Why do the nerds find it so hard to resist the likes of you? The answer is that Silicon Valley titans can become many things (rich, powerful, respected), but they will never be sexy, and they will never be Hollywood. We all overvalue what we don’t have.

So if you know what’s good for you, you’ll have your people scope out a place on a Bay Area hillside. Atherton, maybe. Or even better—head over the Golden Gate and buy a house in Marin. Reality rarely bothers anyone there; it’s an aging county with more than its share of self-righteous boomers who talk longingly about the places and times they left behind.

If you can’t fit in there, you won’t fit in anywhere. 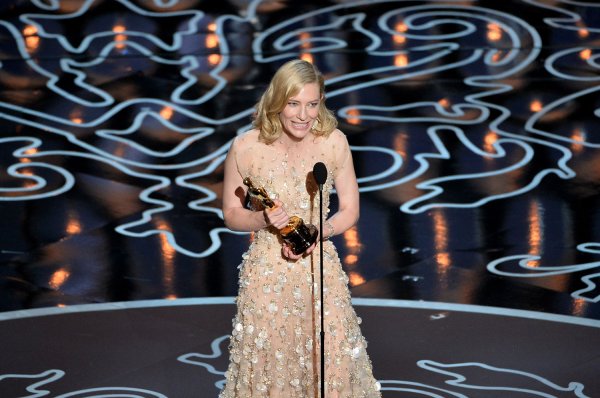