China's Premier Li Keqiang delivers the government work report during the opening ceremony of the National People's Congress (NPC) at the Great Hall of the People in Beijing Mar. 5, 2014
Jason Lee / Reuters
By Per Liljas

At the opening of China’s National People’s Congress on Wednesday, Premier Li Keqiang said that the country will “declare war” on its appalling pollution.

Li described the issue of smog as “nature’s red-light warning against inefficient and blind development,” and said that efforts would focus on reducing hazardous particulate indicators PM 2.5 and PM 10.

“This is an acknowledgement at the highest level that there is a crisis,” Craig Hart, an expert on Chinese environmental policy and associate professor at China’s Renmin University, told Reuters.

Measures will include cutting outdated steel production capacity by 27 million tonnes this year, cement production by 42 million tonnes and the shutting down of 50,000 small coal-fired furnaces. Apart from curbing smog, Li also said that Beijing would aim to tackle the country’s severe water and soil pollution. 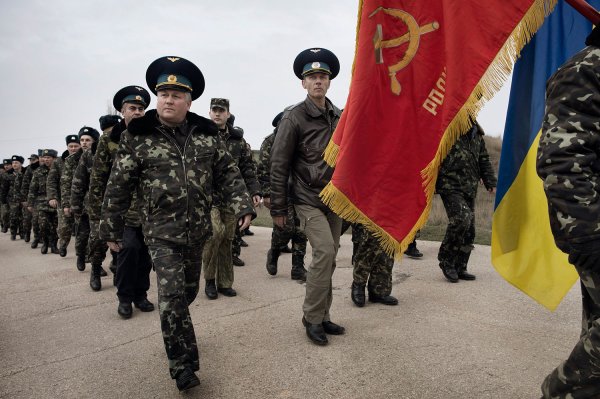 Ukraine Stares Down Guns
Next Up: Editor's Pick