A Brief History of How Maya Angelou Influenced Hip Hop

The renowned poet Maya Angelou, who died at age 86 today, was a major inspiration to the hip-hop community — Wu Tang Clan, Mary J. Blige and mogul Russell Simmons are among the celebrities who mourned her death on Twitter today. But Angelou’s relationship with rap runs deeper than just a few memorial tweets.

Tupac Shakur’s posthumous 1999 release Still I Rise (released as 2Pac+Outlawz) borrowed its title from Angelou’s poem of the same name; the rapper and the poet met on the set of the 1993 movie Poetic Justice, an experience that brought him to tears, as Angelou once told it:

“Still I Rise” was also the title of a track on Nicki Minaj’s 2009 mixtape, Beam Me Up Scotty. Though the rapstress doesn’t name-check Angelou specifically, her lyrics about continually overcoming hardship match the themes of Angelou’s poem. There are plenty of others who do mention her explicitly, however: As XXL also points out, Angelou is referenced in a number of songs by Nas, Wale, Danny Brown, Lupe Fiasco, Jean Grae and The Roots.

Kanye West, too, has referenced Angelou throughout his career. The recently married rapper mentioned her on a 2002 remix of Talib Kweli’s “Get By” and on “Hey Mama” from 2005’s Late Registration. He also cited her as an inspiration alongside other greats in a 2010 blog post written several months before he released My Beautiful Dark Twisted Fantasy:

Common took his appreciation of the poet one step further by collaborating with her on his 2011 song, “The Dreamer,” which features Angelou reciting a poem toward the end of the track. (Similarly, Kendrick Lamar uses a recording of her voice on “Sing About Me, I’m Dying of Thirst” from good kid, m.A.A.d city.) Angelou, however, wasn’t thrilled with Common’s final product: She told the New York Post that she was “surprised and disappointed” by Common’s use of the N-word on the song, which she hadn’t been warned about. “I don’t know why he chose to do that,” she said. “I had never heard him use that [word] before. I admired him so because he wasn’t singing the line of least resistance.”

Later, Angelou called into the BET program 106 & Park to clarify her feelings on the matter:

Angelou believed that rap music was a portal for youth to discover poetry. As she put it in one old interview: “Take ‘A Negro Love Song’ by Paul Laurence Dunbar. Mr. Dunbar wrote this poem in 1892. It could have been written last week for Queen Latifah, or M.C. Hammer or L.L. Cool J or whoever they are.”

Last year, talking with TIME, Angelou said she was optimistic about the future of poetry.

“All I have to do is listen to hip-hop or some of the rappers.” 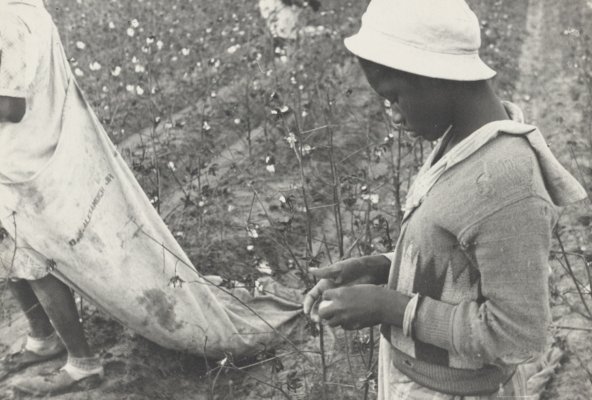 Maya Angelou's Arkansas: Dignity and Poverty
Next Up: Editor's Pick