Sure, it sounds a little absurd: a Two and a Half Men star just got a book deal for a collection of poetry about dead actresses. But don’t laugh! It’s much more credible than it sounds.

The book, Dark Sparkler, is by the actress Amber Tamblyn. According to The Hollywood Reporter, the “haunting and provocative” collection was purchased by Harper Perennial, and will include poems about people like Marilyn Monroe and Brittany Murphy, with art by David Lynch and Marilyn Manson.

And Tamblyn, if you didn’t know, actually has major cred as a poet.

For one thing, Tamblyn already has two books of published poetry, 2011’s Free Stallion and 2009’s Bang Ditto, in addition to two self-published chapbooks she put together as a teenager. Her first published poem appeared in the San Francisco Chronicle when she was 12; in the introduction to Free Stallion, she said she was inspired to write it by the Rodney King riots. She’s also a founder of the Write Now Poetry Society.

Basically, Tamblyn is actually a legit poet, and Dark Sparkler is a legit book — partially because, we suppose, actors (dead or not) are legit subjects for poems. In fact, you can see for yourself in this semi-NSFW video: 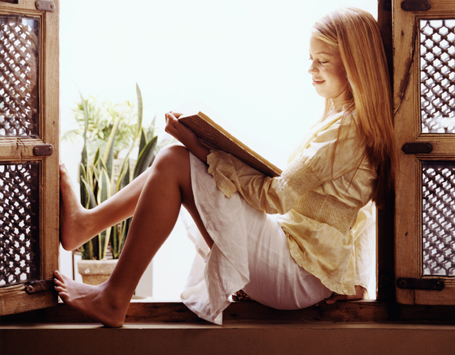 This Test Will Tell You How Fast You Read Compared to the Rest of the U.S.
Next Up: Editor's Pick