Moviegoers will be hard-pressed to find a cast more star-studded than that of This Is Where I Leave You, the film adaptation of Jonathan Tropper’s bestselling book of the same name. Tina Fey, Jason Bateman, House of Cards‘ Corey Stoll and Girls‘ Adam Driver play four siblings forced to sit shiva by their mom (Jane Fonda) following the death of their father, and it gets awkward real fast.

Each has their own baggage, as outlined in the just-released trailer above: Judd (Bateman) walks in on his wife cheating on him with his boss; Paul (Stoll) is desperately trying to give his wife a baby; Phillip (Driver) has a new cougar girlfriend (Connie Britton) who’s the talk of all his relatives, and to top it off, their mother just won’t stop talking about her sex life. And you thought your family was dysfunctional. 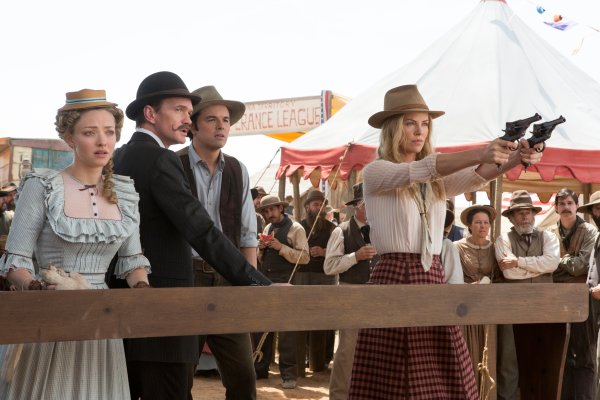 A Million Ways to Die in the West, But Few Ways to Laugh
Next Up: Editor's Pick