3 Ways Video Game Companies Are Getting Your Kids Hooked

A seven year old boy plays with a Microsoft Xbox 360 on March 22, 2014 in Göttingen, Germany.
Swen Pförtner—picture-alliance/DPA/AP
By Suzanne Zimbler

Jaden Darnell, 10, of Southbridge, Mass., plays video games on an Xbox 360, a PlayStation 3 and an iPhone. At times, he says, it can be hard to tear himself away from the action, especially when he’s playing NBA General Manager on his phone. Whether it’s because he wants to get to another level or earn more points, “sometimes, I just don’t want to stop,” says Jaden.

Long gone are the days when playing video games was synonymous with gathering around a console in the family room. According to the NPD Group, a market research firm, kids ages 2 to 17 are shifting more and more of their gaming to mobile devices. Many start playing games on phones and tablets when they are toddlers, and by the time they are in their teens, they are on average spending seven hours a week playing mobile games.

Mobile game designers are playing an active role in making this happen. Many mobile games are free or nearly free to download, but the game companies rack up revenues by charging users for in-game enhancements such as “boosters” that make winning easier or “extra lives” that let you stay in the game. In this model, the potential revenue from a user is strongly correlated with the total time they spend playing the game. Games as a result are being designed with an emphasis on keeping users hooked — and wanting more.

What are some of the common tactics being used by game designers?

Take one popular game, Peggle. It blasts a rousing, operatic rendition of Beethoven’s “Ode to Joy” every time you succeed at beating a level. “This gives us a strong sense of agency, like what we’re doing has made a difference,” explains Raph Koster, author of A Theory of Fun for Game Design. Since Peggle is a game that mostly depends on luck, “it’s an example of insanely over-the-top celebratory feedback for fairly minor achievement,” says Koster. “But it gives you this amazing amount of celebration, and as a result, you feel awesome.” And you tend to stay with the game longer.

Extended play alone doesn’t automatically motivate users to pay for the experience. Game makers know that once players have put in the time and effort to achieve a certain goal, they don’t like to give up. That’s why many games start out easy, then suddenly become more challenging. At that point, the player may be offered a resource that makes it easier to progress to the next level. “The game creates a problem that it offers to solve for you in exchange for cash,” explains Ian Bogost, a video game designer, critic, and professor of interactive computing at Georgia Institute of Technology.

3) Sometimes the game is smarter than the player.

The more we play, the better game makers get at roping us in. Mobile games by their very nature are played on devices that are more often than not connected to the Internet. This enables developers to keep tabs on players’ choices in order to find out what keeps people plugged in and what makes them most likely to buy things. “It’s very easy for us to get data on every user and build a statistical picture of what is working,” says Koster.

While adults may be aware of these tactics, some people worry about how the experience of playing this type of games impacts kids. “They’re not old enough to understand that the free part is just a come-on and that the game is in fact rigged to get them to spend money,” says Josh Golin, associate director of the Campaign for a Commercial-Free Childhood. Golin believes that games designed for kids under 13 should not have in-app purchases. “You should pay one price for the game, and it should not try to manipulate you into spending more and more,” he says.

Currently, age rating systems do not take into consideration whether a game pushes in-app purchases. This means that even Candy Crush, the famously addictive game that grossed more than a billion dollars in 2013, receives the most inclusive ratings: Ages 4+ in the iTunes store and Everyone in the Google Play store. Golin thinks this is misleading. “If it is designed to get more money out of you, that should be factored into the rating, just like if it has violent or sexualized content,” he says.

Golin also says that surveillance of kids should not be allowed. “[Developers] should not be collecting information about how to make them more vulnerable, more frustrated,” he says. “It’s outrageous that that’s occurring with games kids are playing.” That’s something to think about the next time the game-playing child in your life asks for your credit card. 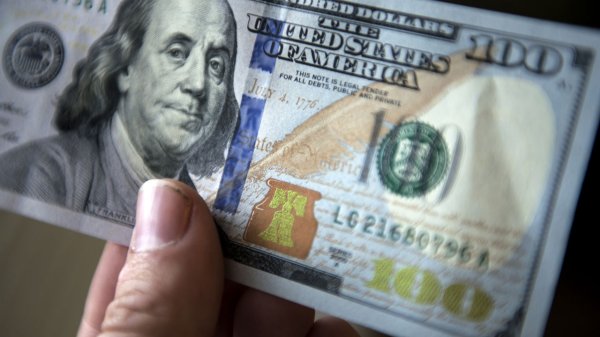 Watch: Millionaire Gives Cash Away in Twitter Scavenger Hunt
Next Up: Editor's Pick